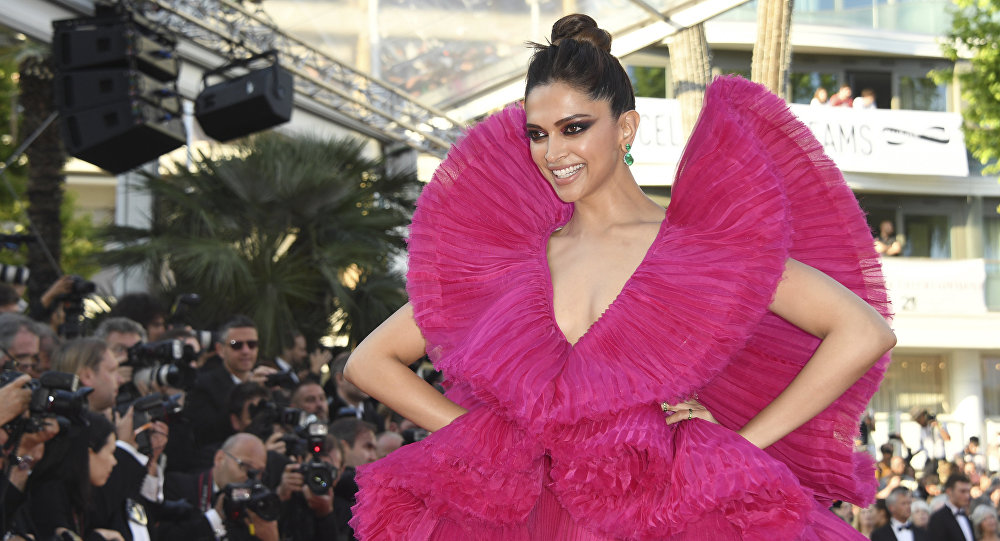 New Delhi (Sputnik): Bollywood diva Deepika Padukone had earlier made a surprise appearance at the venue of a protest demonstration held by students of a premier Indian university in the national capital, raising eyebrows over her perceived support for the victims of campus violence.

As fallout from Deepika’s endorsement of students agitation at Jawaharlal Nehru University (JNU) in the national capital, which was perceived as anti-establishment, the government dropped a special a special promotional film featuring the actress to spread the message about the importance and power of equal learning opportunities for all, media outlets reported.

The promotional video was made by India’s federal Ministry of Skill Development, which coordinates all skill development efforts in the flagship programme “Skill India”.

The ministry however, claimed the final decision about releasing the video has yet to be taken as it is still under “evaluation”.

​Deepika’s action has attracted flak and support on social media, with one section attacking her that it was a publicity gimmick for her latest movie titled “Chhapaak”, that hit screens on Friday. The movie is based on the real life story of an acid attack survivor.

She knew she is standing next to ppl who support destruction of India.@smritiirani mam takes down deepika padukone for supporting #TukdeTukdeGang ! pic.twitter.com/cCpye6RBRt

​Many however, hailed her for the courage to come out and stand with the students, who were brutally attacked by a group of masked men and women at the JNU campus on 5 January. Over 30 students, teachers, and staff were injured, at least a couple of them grievously.

A prominent lawyer, friends with all political parties said many well off persons are buying tickets of #DeepikaPadukone @deepikapadukone film & gifting to less affluent. It’s silent tribute to her brave gesture at #JNU. I intend doing same !

A new low. Union Minister using such language to declare a top actress anti-national because she sided with victims of JNU terror attack. @JantaKaReporter https://t.co/L76zZMoSMr

​Students at JNU have been protesting against a fee hike since the end of 2019. Following the resumption of classes after winter break, the situation again became tense on the campus, as a section of students opposed a new semester registration process.

Deepika is not the only celebrity that has paid a price for airing opinions less than flattering to the Modi government.

In September 2019, popular American comedian of Indian-origin Hasan Minhaj confirmed that he was denied entry to the “Howdy Modi” event in Houston, allegedly due to some humorously-sarcastic remarks he made about Prime Minister Modi on his show called “The Patriot Act".

Never got a chance to say Howdy Modi.https://t.co/6nQn4Gl8VH

​The comedian took a jibe at Prime Minister Modi and drew parallels between him and US President Donald Trump in March during 2019 parliamentary elections in India. The 30-minute video drew 35,64,077 views and 126,000 likes on YouTube.