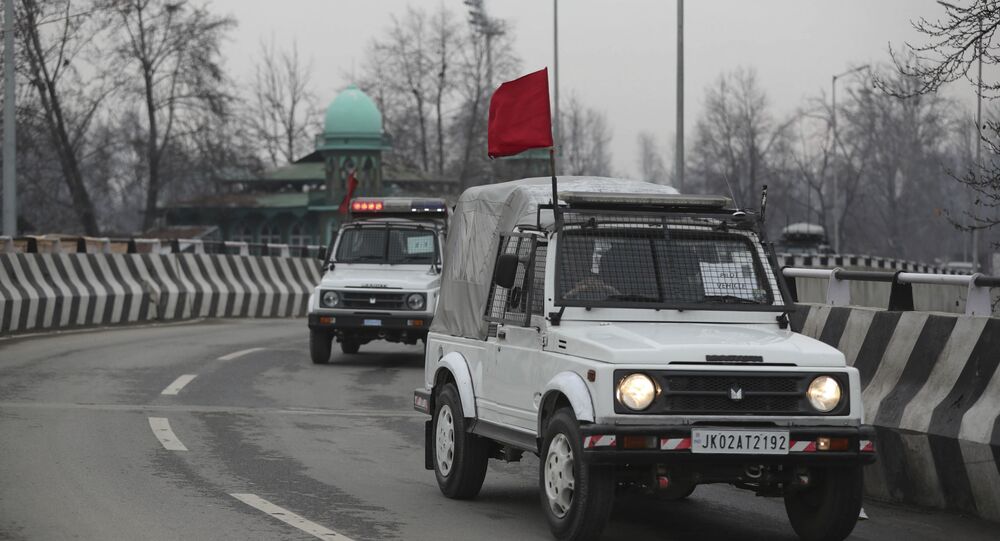 New Delhi (Sputnik): A batch of petitions were filed with India’s top court after the federal government revoked Article 370 of the Constitution in early August 2019 and imposed restrictions on communications in the restive state of Jammu and Kashmir.

Rebuking the Narendra Modi-led government, the Indian Supreme Court said the right to freedom of expression through the internet was part of Article 19(1)(a) of the Constitution, and restrictions as provided in the statute could apply to it.

The main petition was filed by Anuradha Bhasin, Editor of the Kashmir Times, a news publication from Jammu and Kashmir. The court bunched all similar petitions together. These petitions had challenged the validity of restrictions on the media, communications, and transport after the abrogation of Article 370 on 5 August 2019.

A three-member bench ruled that though it was not in favour of considering the political intent of the decisions of the federal government, it wanted to ensure that citizens were provided with all rights and security.

“Power under Section 144 CrPC (imposing prohibitory orders) cannot be used as a curb on legitimate expression of democratic rights", the court ruled.

The court also wanted the government to consider lifting of complete suspension of internet services only as an extraordinary measure. However, it said, the indefinite suspension of services is impermissible and the suspension should only be temporary.

The apex court ruled, (i) to publish future prohibitory orders under Section 144 of the Code of Criminal Procedure Code, (ii) to review all such orders within a period of seven days.

The federal government, during the argument had justified the restrictions as preventive steps taken to ensure the maintenance of law and order after the abrogation of Article 370.

The government abrogated Article 370 and 35A of the Constitution on 5 August 2019 and bifurcated the state into two federally administered territories.

It has lifted all restrictions, except those on mobile internet services, in a phased manner over the last five months.

7 Killed, Over 20 injured as Bus Plunges into Gorge in India's Jammu and Kashmir