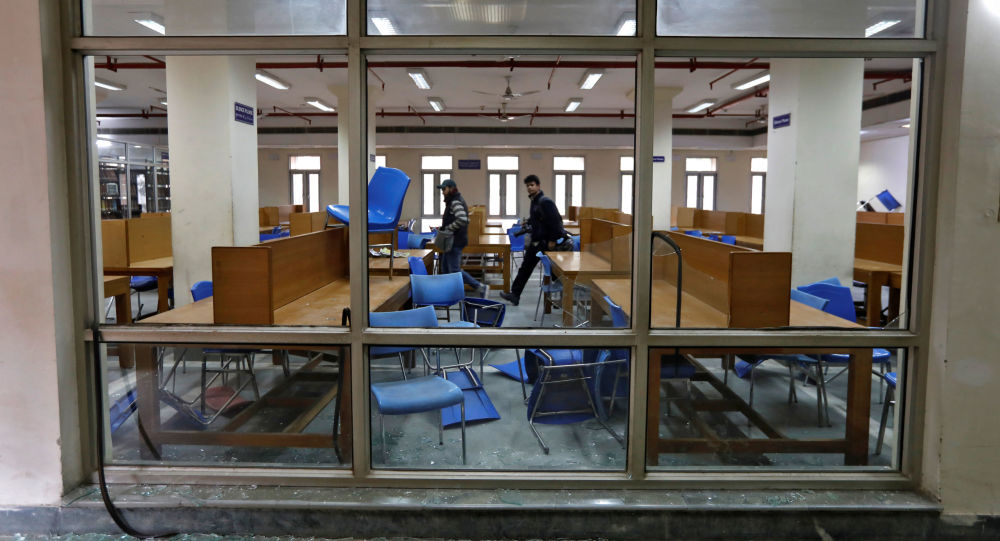 With three leading universities in India recently witnessing violence at its campuses, many students and their parents have turned skeptical about these universities being their choice for higher education.

Students and instructors were brutally attacked by unidentified masked men at Delhi’s premier university Jawaharlal Nehru University (JNU) on Sunday evening. Students at the university have been protesting for quite some time against a recent fee hike. The protest has disrupted classes and now the latest violence has forced some students to leave the campus again.

At Jamia Milia Islamia University and Aligarh Muslim University, student-police clashes were witnessed as students protested against the contentious Citizenship Amendment Act (CAA). Following the violence, universities immediately declared a winter break. The students inside classrooms, libraries, and hostels became the target of the violence that erupted.

The violence inside campuses has disturbed the mind-set of the students who enrolled in these premier education institutes for a brighter future.

Noushad MK, Ph.D scholar in Discrimination and Exclusion studies at JNU, said due to the fee hike issue, people have been staging sit-in protests.

“When we were growing up, JNU was considered to be a top university and we all were very ambitious to get admission here. If you see, top leaders have passed out from this university but now all I see is attacks on each other, protests and marches turning ugly", he said.

He further said that even sitting in the library has become difficult because one doesn’t know when he or she might get attacked.

Students claim that their parents are in constant fear because of the lack of safety inside the campus.

“After what happened inside our (Jamia) campus, I got a call from my parents who asked me to pack my belongings and come back home because they were so worried about my security. If a person is not safe inside his own varsity campus, then where should he go?” said Sadia Sheikh, a student of Mass Communication at Jamia Milia Islamia University.

Parental Concern About Their children and Life at universities

The violence at these universities has instilled a sense of fear among parents, who are now pondering whether to send their children to public universities or not.

“Indian parents always want their kids to get admissions in these premier universities. However, with constant violence and disturbance, we would prefer to send our kids to private universities. We are not left with any other option", said Manoj Kataria, Treasurer of the Parents Association in the National Capital Region.

According to reports, over 500 students have been injured in these protests.

From police entering the campus and brutally attacking the students to endless protests, students at JMIU and AMU have been standing tall against a recent law passed by the government. JNU is witnessing clashes among their student political ideologies (ABVP and left) and have been clashing among themselves.

The attacks on the students have taken a political turn as the protests have been joined by several leaders who have extended their support for them.