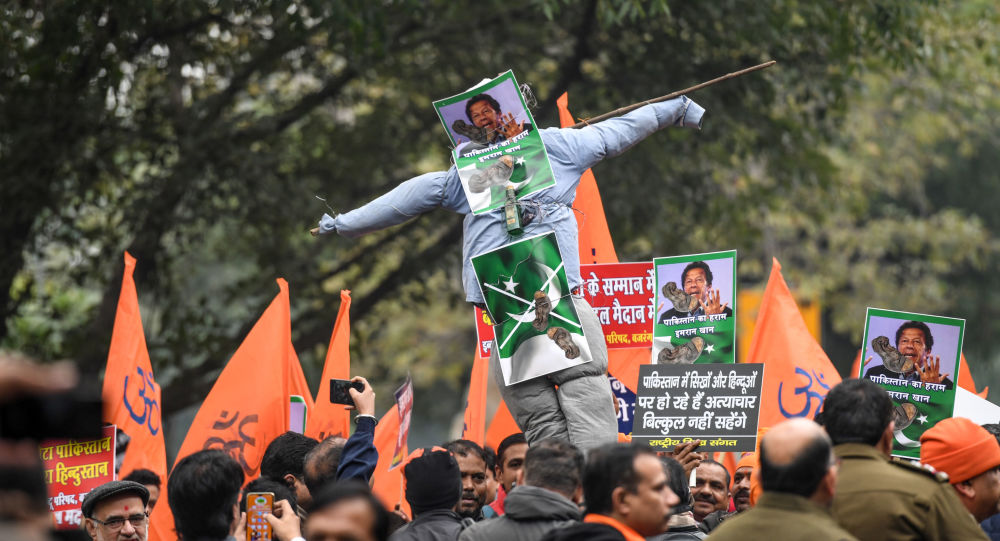 New Delhi (Sputnik): Tensions surfaced at Nankana Sahib, a historic Sikh shrine in Pakistan’s Punjab province on Friday after hundreds of people allegedly started throwing stones at the Gurdwara. They were protesting the police detention of family members of a Muslim accused of abducting and marrying a Sikh woman.

The alleged persecution of Sikhs and stone-pelting at Nankana Sahib Gurdwara in Pakistan’s Punjab province on Friday, was echoed in India’s capital with two prominent Hindu groups – Vishwa Hindu Parishad (VHP) and Bajrang Dal staging a protest outside the Pakistani High Commission in New Delhi.

There was no news of any damage to property.

Alok Kumar, working president of the VHP, claimed that there was a wall of hatred in Pakistan against all minorities.

“We urge the Pakistan government to provide adequate security to religious minorities.”

According to reports, a scuffle also broke out between the protesters and security personnel near the Pakistani High Commission. 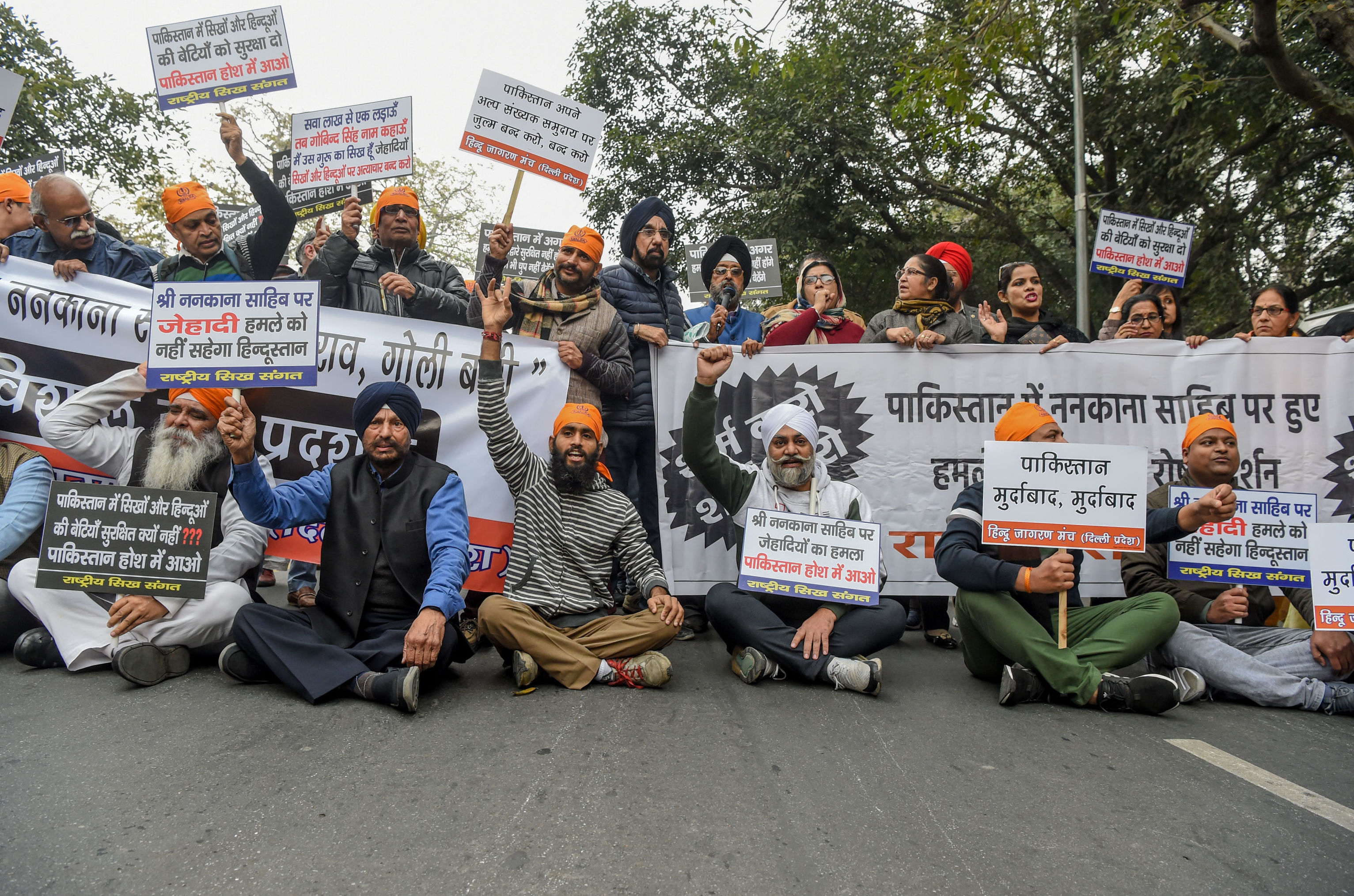 © AFP 2019 / PRAKASH SINGH
Activists of National Sikh Sangat and other right-wing Hindu organisations hold an effigy of Pakistan's Prime Minister Imran Khan (C) to protest against the attack by a mob on the Gurdwara Nankana Sahib Sikh shrine in Pakistan, during a demonstration near the Pakistan Embassy in New Delhi on January 7, 2020.

“Following the scuffle and imposition of Section 144, we have detained 145 male and 91 females in total,” said Eish Singhal, Deputy Commissioner of Police (New Delhi District).

Two days after the Sikh shrine came under attack, a Sikh youth was killed in broad daylight on Sunday. The incidents caused an outcry in the Sikh community, which is a minority in Pakistan, and evoked criticism from the Indian government.

Tension has been already gripping the community in Pakistan’s Punjab province since the woman’s abduction in August, 2019, and her forcible marriage with a Muslim.

On Monday, the Government of Pakistan accused the Bharatiya Janata Party (BJP)-led Indian government of indulging in a “smear campaign” against it and also targeted the BJP’s parent organisation Rashtriya Swayamsewak Sangh (RSS).

The Pakistan Foreign Ministry said: “The BJP government's mischievous portrayal of isolated law and order incidents as alleged ‘persecution’ of minorities is part of its smear campaign against Pakistan.”