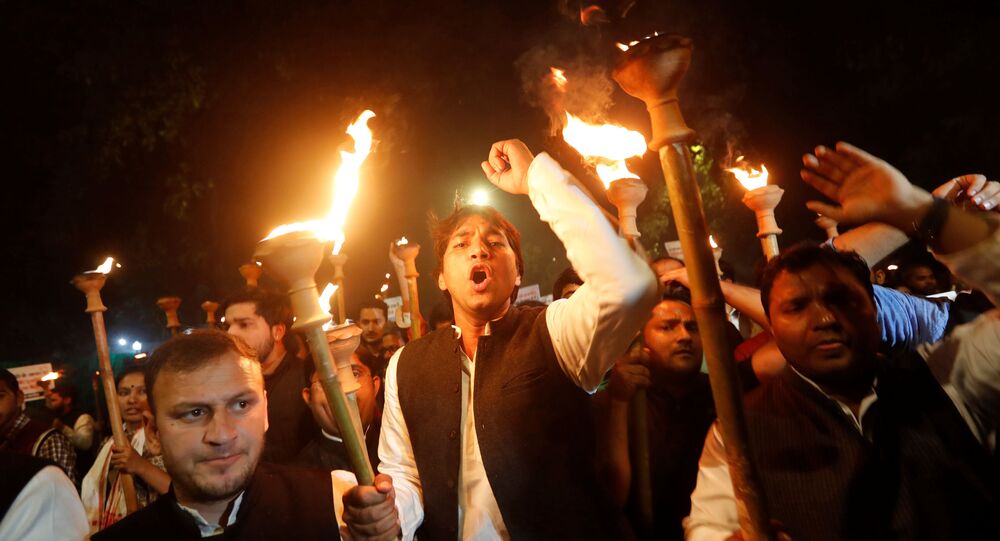 Indian Prime Minister Narendra Modi and his cabinet and party colleagues have been blaming some opposition leaders for misleading minorities on the Citizenship Amendment Act, 2019 (CAA). The party had launched a nation-wide outreach programme to dispel misinformation on CAA.

“Congress, especially Rahul Gandhi and Priyanka Gandhi are misleading the minorities of the country. Nobody’s citizenship will be revoked under the Citizenship Amendment Act. It is an Act to give Citizenship,” Indian Home Minister Amit Shah said.

Shah blamed the Congress Party for the riots that took place across the country during protests after the passage of the law.

The Congress Party has opposed the Citizenship Law and the proposed National Register of Citizens (NRC). NRC is an exercise to identify illegal infiltrators living in India. Congress Working President Sonia Gandhi last month led an opposition delegation to the President of India seeking withdrawal of the Law. Congress leader P Chidambaram on Monday said the NRC was a “sinister and mischievous plan” to divide the country.

The Indian government has softened its stand the new law, but its implementation has already started and a total of 25 people have already lost their lives in protests across India.