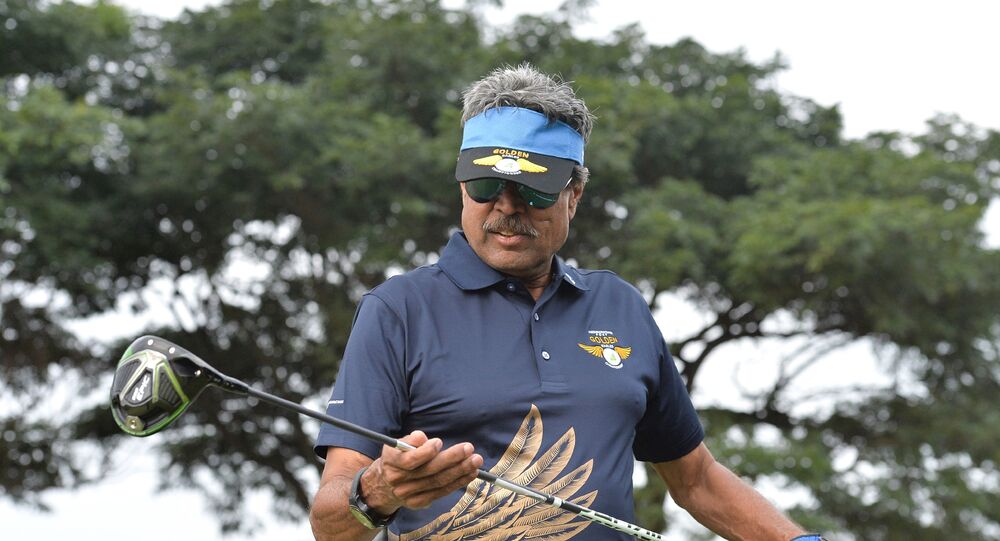 New Delhi (Sputnik): Kapil Dev, who shattered several records in his career as an international cricketer, was renowned for his bowling skills that delivered balls to batsmen at the flashing speed of 86.9 miles (140 kilometre per hour).

On Monday, Kapil Dev who debuted in international cricket in 1978, turned 61 years old. Fans from around the world took to social media to give their best wishes on Twitter and Instagram for the captain under whom India won its first ever World Cup in Cricket in 1983.

Happy birthday #KapilDev - the man who made us believe in ourselves & aspire BIG.
Won 1983 cricket #WorldCup when no one gave us a chance.
Here's a vintage BSA SLR bicycle ad. Narrative is - taxi conks off, he borrows a 'bike', reaches airport in time, delivers a MoM performance. pic.twitter.com/zgqhBfREI2

​Bollywood star Ranveer Singh, who recently wrapped-up the shooting of his upcoming movie – ’83, which is a biopic based on Dev’s journey through the 1983 World Cup also wished him a very happy birthday.

Born in India's Chandigarh, Dev is regarded as the greatest pace bowler in Indian cricket. He is the only cricketer to have secured over 5,000 runs with more than 400 wickets in international Test cricket.

The former Indian captain was previously voted as “India’s Cricketer of the Century”.

In 1994, Dev retired from his cricketing career holding the world record for bowling out the greatest number of wickets until the year 2000.

After inquiries led by India's Central Bureau of Investigation (CBI) and the Income Tax office, Dev was cleared of all charges.

Later, in 2008, Dev joined the Indian Territorial Army, a second line of defence after the regular army as an honorary Lieutenant Colonel.