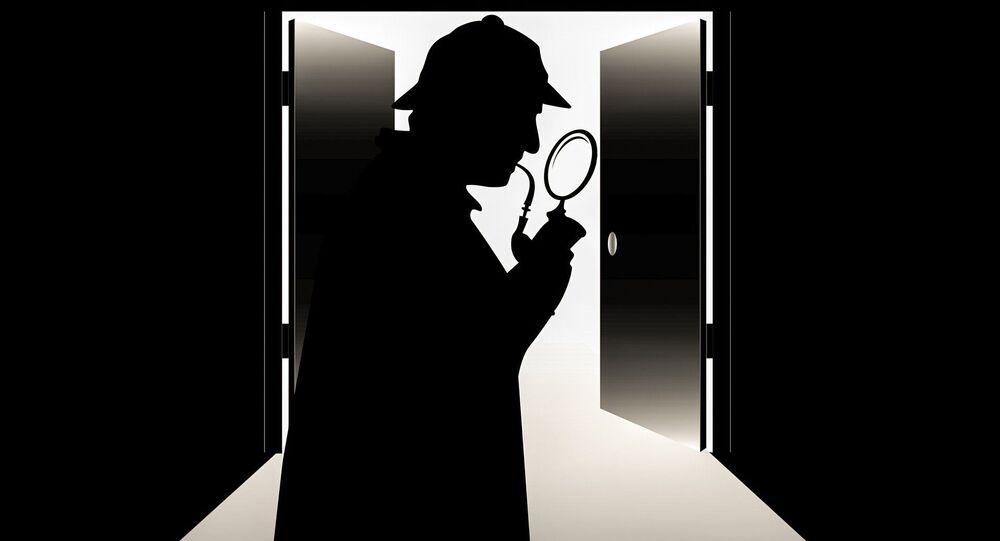 New Delhi (Sputnik): Whether it's husbands hiring private detectives to snoop on their ex-wives or women curious to probe the background of prospective brides for their sons, Akriti Khatri, one of India’s youngest detectives, talks about emerging snooping trends in India.

Divorced men wondering whether they should still be paying their ex-wife’s bills are hiring private detectives in India to snoop on their ex-life partner’s economic status and to find out whether she is secretly working or earning enough to support herself.

“Men often come to us saying that they have to prove their wife is working and yet she is claiming alimony from them,” reveals the 34-year-old Akriti Khatri, India's lady "Sherock Holmes".

According to what they find in most of the cases, the Delhi-based detective said that many women quit their married life, even get re-married and yet claim generous amount of alimony from their first husbands.

When asked about how they investigate in such cases, Akriti, who runs Venus Detective Agency with branches in over five states said:

“We find out the whereabouts of the woman and track where she works. It also involves talking to the security guards and tracking down their work timings. We provide evidences to our clients and court summons the owner of the company who testifies whether the woman is their employee.”

In India, court takes into account a woman’s age, education, ability to learn to decide the amount of entitled alimony.

Another trend relates to modern society when matches are no longer made in heaven but by newspaper ads and matrimonial websites. Indians now look forward to professional help for pre-matrimonial investigation.

As families zero in on grooms and brides through a process known as arranged marriage, many choose to hire private detectives to snoop on the bride and the groom to be.

Family background, caste, economic status, previous affairs, broken marriages or engagement and social reputation and even personal habits such as smoking and drinking are the parameters that are being investigated.

India is a traditionally close-knit society where marriage is considered a union of families.

“People are greatly concerned if the boy or the girl have personal loans or are paying a family debt. They even want to us to inquire about their social reputation from neighbours asking if the family is quarrelsome,” said Akriti, who has been in the profession for 12 years now.

In any type of investigation, the role of a private detective does not feature in the legal scenario as the profession is still not recognised in India.

Khatri, a holder of MBA degree, said private detectives in India wants a licensing system to operate legally. "Important thing that we are quoting to legalise us is for pre-marriage checks. Whom are people supposed to approach to verify the credentials if they want their daughter or son to be married," the detective said.

“Every day you face challenges and the job comes with quite a risk if you get caught,” she added.