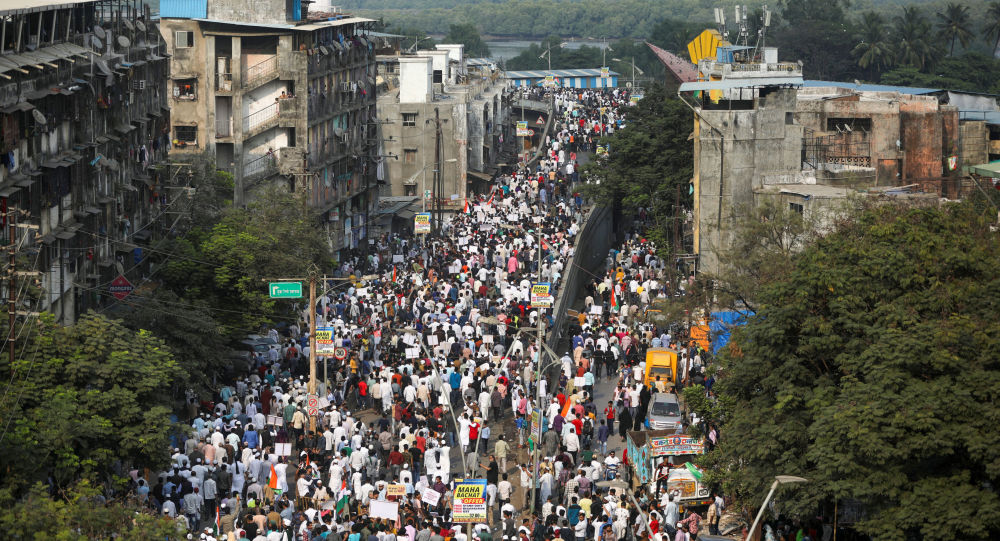 New Delhi (Sputnik): Ever since India’s federal government enacted a contentious law to grant citizenship to illegal immigrants from non-Muslim communities from three neighbouring Islamic countries – Pakistan, Afghanistan and Bangladesh – there have been country-wide protests against it.

As the anti-Citizenship Amendment Act protests witnessed wide-scale violence in some parts of the country, Indian Home Minister Amit Shah on Friday condemned it and warned that people indulging in violence will not be spared.

“Put yourselves in the shoes of police personnel. When there is violence, nobody will stand and stare. During violence, police have to retaliate”, Shah said.

Across India, 22 people have been killed in Anti-Citizenship Amendment Act violence. In December, while 17 deaths were reported from the northern Indian state of Uttar Pradesh, where Muslims account for 19.3% of the total population.

Reiterating that Indian Muslims have nothing to worry about, Shah said there is no provision in the Citizenship Amendment Act (CAA) which takes away anyone's citizenship. It is a law which grants citizenship.

He also added that the normal process to attain citizenship in India is open to everyone, including Muslims.

The minister also launched a scathing attack on the opposition party Congress during a public speech on the Citizenship Amendment Act in the Indian state of Rajasthan’s Jodhpur city.

He said: “Even if all these parties come together, BJP will not move back even an inch on this issue of CAA. You can spread as much misinformation as you want”.

Several non-BJP governed Indian states have announced that they will not be implementing the controversial CAA.