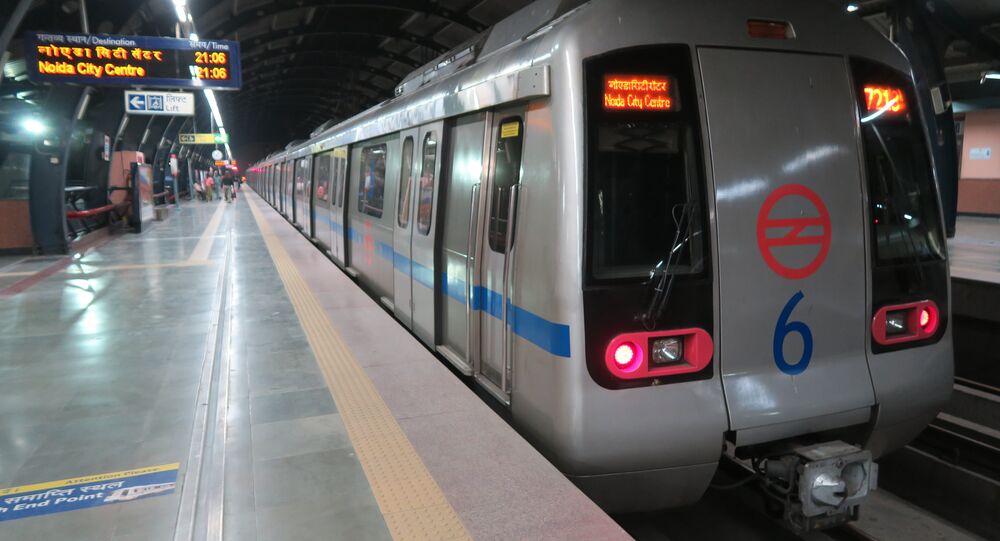 New Delhi (Sputnik): The mass urban transport system in Indian national capital, Delhi Metro is the first major metro system in the country. It covers over 325 kilometres in New Delhi and its satellite towns carrying nearly 2.8 million commuters every day.

The technology for the project was provided by a Russian company called MaximaTelecom, the creator and operator of Europe’s largest public transportation WiFi networks.

“We have laid down 24 km-long fibre with 44 base stations and other active equipment to ensure that at no point in time, internet connectivity is lost. All trains on this route will have radios to connect to designated networks and each compartment will have a wireless network access point for passengers to sign on to", said Farhad Rustamov of Maxima Digital, the Indian partner of the Russian company.

​Travellers of this section of the Delhi Metro would be able to access internet service on its trains by logging into the network named “METROWIFI_FREE”.

The first section of Delhi’s Metro was launched in 2002 by then Prime Minister Atal Behari Vajpayee. Today, Delhi Metro has secured itself a spot in the golden club comprising metro facilities in London, Shanghai, Beijing, and New York that run across a distance of over 186.4 miles (300 kilometres).