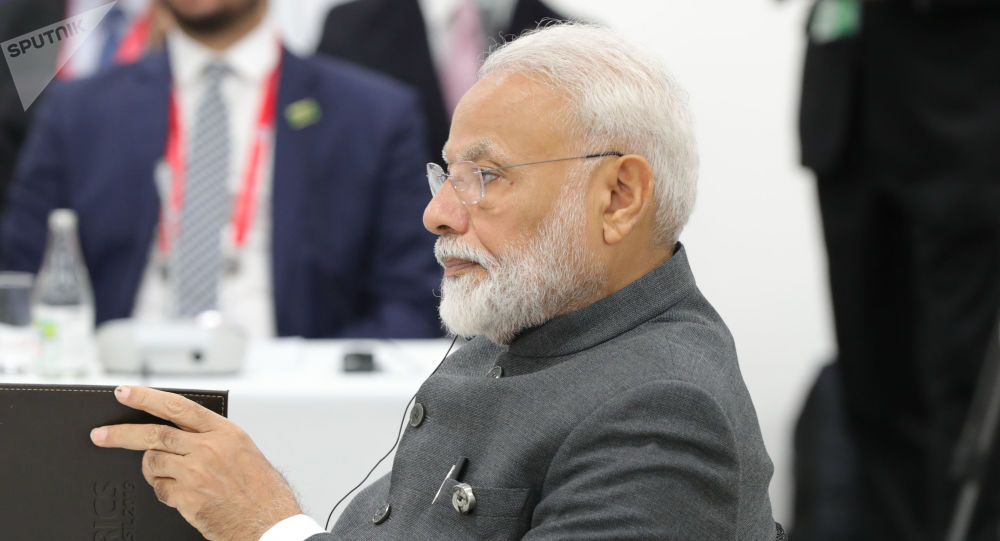 New Delhi (Sputnik): Prime Minister Narendra Modi is on a two-day visit to the Indian state of Karnataka, during which he will distribute awards and commendations to farmers of eight states and union territories. He will also dedicate five young scientist laboratories to the nation and address the 107th Indian Science Congress.

The Indian prime minister on Thursday appealed to the people of the country to stop their protests against the Citizenship Amendment Act (CAA) passed by parliament and rather shift their energy towards exposing Pakistan for its alleged blatant persecution of minorities.

Addressing a public meeting in the Tumakuru area of Karnataka state, Modi said that since gaining independence from British colonial rule more than seven decades ago, Pakistan has only survived by promoting Islam and persecuting those sections of its society that did not agree with it.

​He maintained that opposition political entities like the Congress Party, the Dravida Munnetra Kazhagam (DMK) in Tamil Nadu state, and the Communist Party of India (CPI) were spearheading an unacceptable agitation against the country’s parliament and showing scant respect for the rule of law.

“If you have to agitate, raise your voices against Pakistan’s actions of the last 70 years,” Modi stated while addressing the public rally.

​He said that the opposition Congress and its allies have failed to expose Islamabad on its inhumane behaviour towards its minority communities, especially Hindus and Sikhs.

It is alleged by several countries that Pakistan has indulged in discriminatory treatment towards minority Hindus, Christians, Sikhs, Ahmadiyyas, Baloch, Pashtuns, and Kalash people.

In August this year, addressing a meeting of the UN Security Council, US Ambassador at Large for International Religious Freedom Samuel Brownback said that religious freedom is essential for achieving peace and stability among nations. He then called out Pakistan for the persecution of religious minorities in the country.

"In Pakistan, religious minorities continue to suffer from persecution, either at the hands of non-state actors or through discriminatory laws and practices", the PTI news agency quoted Ambassador Brownback as saying then.

In its 132-page report from 28 July 2011 titled "'We Can Torture, Kill, or Keep You for Years’: Enforced Disappearances by Pakistan Security Forces in Balochistan",  Brian Adams, Asia director at HRW, said: “Pakistan’s security forces are engaging in an abusive free-for-all in Balochistan as Baloch nationalists and suspected militants ‘disappear’, and in many cases are executed".

“The national government has done little to end the carnage in Balochistan, calling into question its willingness or ability to control the military and intelligence agencies”, Adams further stated.

The HRW report was prepared on the basis of interviews with over 100 people in Balochistan in 2010 and 2011, including with family members of “disappeared” people, former detainees, local human rights activists, lawyers, and witnesses to government abductions.

HRW said then that it had also probed and documented many cases in which uniformed personnel of the Frontier Corps, a Pakistani paramilitary force, and the police were involved in abducting Baloch nationalists and suspected militants, finding security forces unwilling to identify themselves, or explaining the reasons for arresting someone or where they were taking that person for interrogation.

During the 1971 India-Pakistan War, nearly three million Bengalis were killed by the Pakistan Armed Forces, according to independent researchers.

Other minority communities have fared no better in Pakistan, allegedly being forced to convert to Islam, or facing charges of blasphemy, or being forcibly abducted and killed.

Prime Minister Modi, however, expressed confidence about India entering the third decade of the 21st century with new energy and renewed vigour.

​Before holding the rally, Modi visited the Sree Siddaganga Mutt (shrine) in the Tumakuru area to pay homage to the presiding deity.