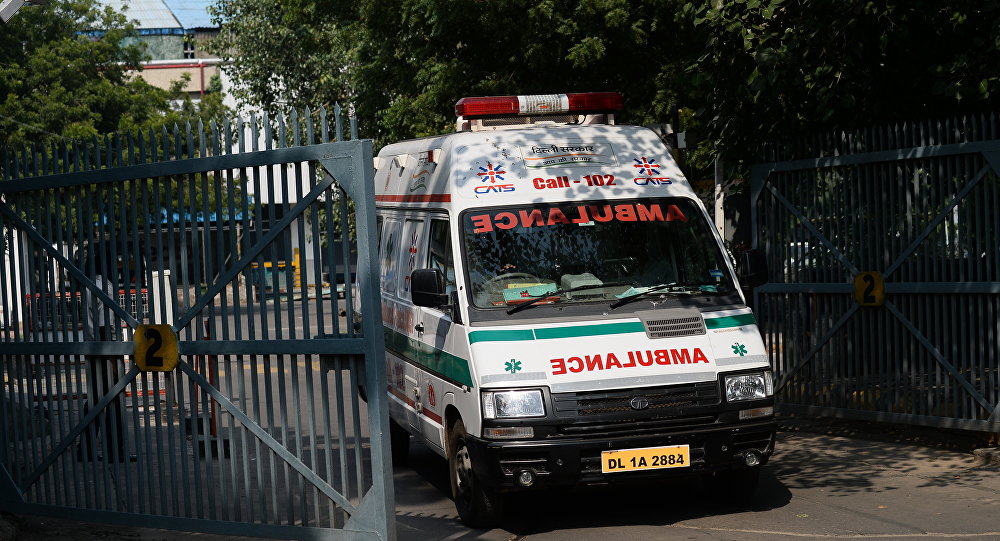 New Delhi (Sputnik): According to police, the family was undertaking a trip from Delhi to neighbouring Mathura in India’s Uttar Pradesh on New Year. The man was under financial debts and ended his life after allegedly firing at his wife and two children, a boy, 6, and a girl, 10.

A family of four, including two children, with gunshot wounds was found inside a car along the Yamuna Expressway in India’s Mathura on Wednesday, police said. All have died, except the 6-year-old boy of the family who is battling for life at a hospital.

A police patrol found a car parked on the roadside, near the 105 marker of the Yamuna Expressway, and they alerted the authorities.

“The car was locked from inside, so we broke open the window-glass and pulled out the bodies. The man was in the front driver’s seat with a pistol in his right hand, while his wife and children (son and daughter) in the back seat", Superintendent of Police Ashok Kumar Meena said.

He further said that while pulling them out of the car they noticed that the son was breathing.

“We immediately rushed him to a nearby hospital where the doctors stated his condition to be critical following the bullet injury. Prima facie it appears that the man allegedly killed himself after shooting his wife and two minor children", said Meena.

Police said the family hailed from Delhi and had come to Mathura on New Year’s eve. “We have found out that the man was disturbed due to family issues and business matters. He was under monetary debt as well", Meena said.

Police have recovered a suicide note which is under forensic probe.