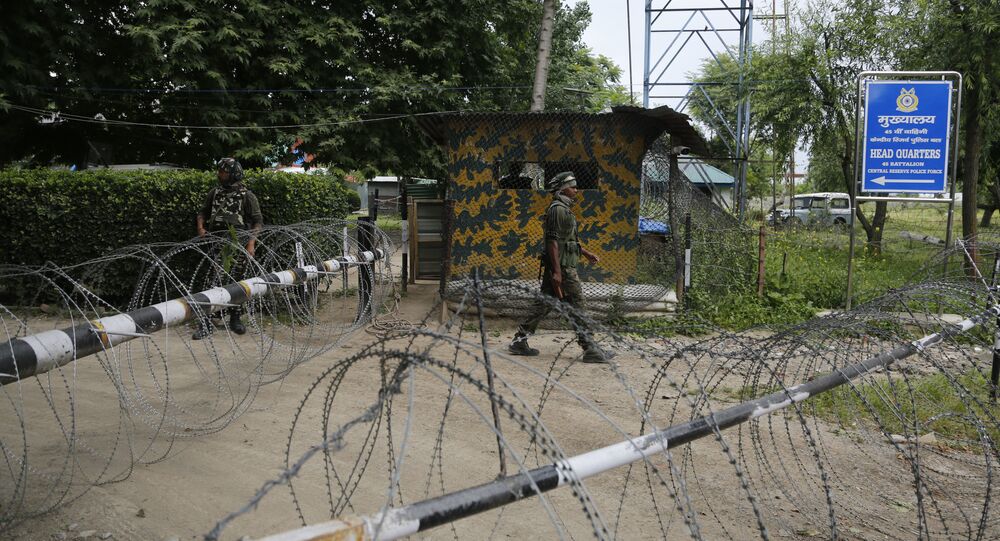 New Delhi (Sputnik): Mobile messaging, call, and internet services were disrupted in Jammu and Kashmir in early August when the Indian government abrogated Article 370 of the Constitution, which gave the restive state special status.

Jammu and Kashmir Principal Secretary Rohit Kansal said SMS services will be restored starting midnight 31 December in the Kashmir Valley. The internet broadband services in government hospitals and schools have been resumed as well.

"Broadband services in government schools and government hospitals to start from 31 December", Kansal said while addressing the media in Srinagar.

The Indian government has received international condemnation for the communications clampdown in the region.

While telephone services resumed in phases just days after the revocation of Article 370 of the Indian Constitution in the valley, post-paid mobile phone calling services only resumed on 12 October and pre-paid connections as well as SMS services were barred.

On Monday, the Indian government issued directions for the release of five politicians from detention. These lawmakers were taken into custody as a precautionary measure ahead of the scrapping of Jammu and Kashmir's special status.

In another recent development, mobile internet connectivity was restored in Kargil, also part of the communications clampdown in the Kashmir region.

As the Indian parliament abrogated Jammu and Kashmir’s seven decades old special status on 5 August and later divided it into two federally administered Union Territories – Jammu and Kashmir, and Ladakh, it meant the central government directly administering the region.

Fearing violent protests and provocation by local politicians to agitate against the Indian Parliament’s decision over the special status, the Narendra Modi government imposed a curfew while suspending internet connectivity along with social media in the Kashmir Valley. Most of Kashmir's key politicians were taken into custody or put under house arrest in apprehension of political protests.

Amid reports of Kashmir restrictions affecting the general public due to months long curfew conditions and Pakistan raising the issue of the human rights of Kashmiris at various international forums, India has gradually relaxed a lot of restrictions that existed earlier.