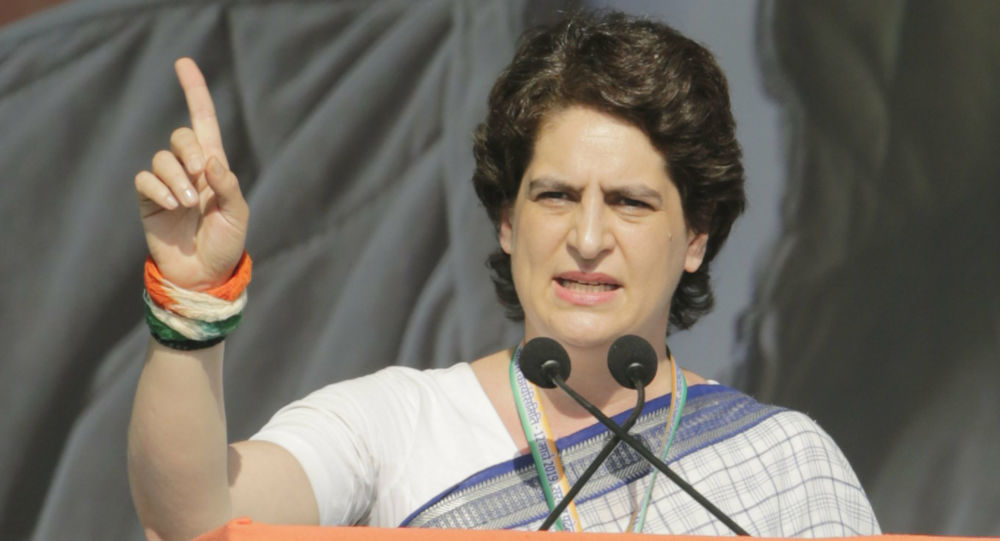 Man Breaches Security to Approach Congress Politician Priyanka Gandhi; She Listens to Him

A video of man breaching Congress Party politician Priyanka Gandhi’s security to meet her while she was taking part in an event marking 135th Foundation Day of the political party in Lucknow of India’s Uttar Pradesh has surfaced on social media.

#WATCH Man breaches security of Priyanka Gandhi Vadra at a party event in Lucknow on Congress foundation day, gets to meet her. pic.twitter.com/v4UtwedMF2

​In the video, the man can be seen rushing towards the female politician while her safety personnel come to her rescue. The Congress leader can be seen asking her security staff to step back and allow the man to speak to her.

Other prominent members of the party and former ministers can be seen taking part in the conversation between Priyanka and the man.

The Gandhi scion listens to him patiently after which the man returns to the audience seating space after shaking hands with her.

This is not the first time that Priyanka's security has been breached. Last month, a few unknown people barged into the Congress leader’s Lodhi estate asking for selfies.

Sources: A security breach occurred at the residence of Congress General Secretary Priyanka Gandhi Vadra, a week ago after unknown persons entered her residence, without prior appointment asking for selfies. A complaint was filed with CRPF, investigation is underway. (file pic) pic.twitter.com/ji0szCCMiF

​Meanwhile, the Gandhi family has deemed the Indian government’s decision to amend SPG legislation – stipulating the withdrawal of the high-security cover from former prime ministers and their family members – a political move.

Indian Home Minister Amit Shah has denied the allegation in Parliament saying the amendment is to make the SPG legislation more effective to ensure the safety of the PM.

Both Indira Gandhi and Rajiv Gandhi were assassinated while in office.