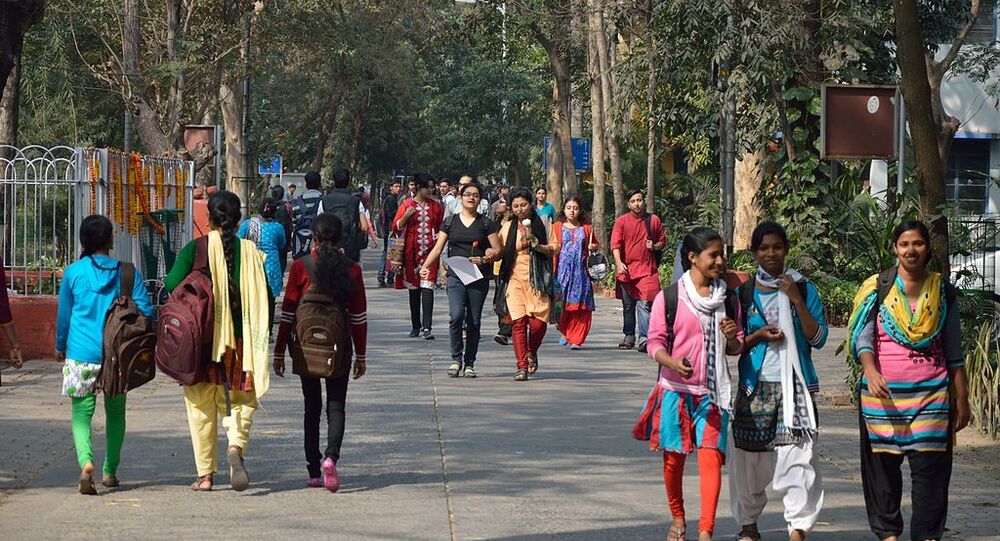 New Delhi (Sputnik): The Jadavpur University students’ body is preparing what they described as a “report card” on the recent actions by the Governor of India’s West Bengal State, with regard to the contentious Citizenship Amendment Act (CAA). They claim he isn’t behaving as the constitutional head of the region.

The CAA grants citizenship to non-Muslim minority immigrants who fled religious persecution in Pakistan, Bangladesh and Afghanistan and arrived in India on or before 31 December 2014.

On Tuesday 24 December, the Arts Faculty Students Union (AFSU) had sent an e-mail to the governor's official residence, saying:

Sir, as you do not act as an unbiased constitutional head, and since your attitude is not at all guardian-like towards the students, you are not welcome on our campus."

"We will rusticate him (Dhankar) in a symbolic manner, as the chancellor of a premier institution like JU (Jadavpur University), which has always encouraged liberal space and inclusiveness," the News18 TV news channel quoted Ushashi Paul, a representative of AFSU, as saying on Thursday.

Paul further stated that Governor Dhankar's replies to questions related to the recent police attack on students at the New Delhi-based Jamia Millia Islamia University; his open support of CAA and silence on the deaths of protesters in the alleged police firing in Uttar Pradesh, were clearly unsatisfactory.

Attempts by various media to get a response from University Vice-Chancellor Suranjan Das to the latest development on Thursday were unsuccessful.

On Monday (23 December), students waved black flags at the governor and his cavalcade when it arrived on campus to attend a meeting of the University Court, the highest decision-making body of the university.

The following day, his entry to the campus was blocked as he tried to attend and preside over the annual convocation ceremony, prompting Governor Dhankar to tweet: "I am extremely anguished that CM (chief minister or state chief) and Ministers are to spearhead a rally against the CAA, the law of the land. This is unconstitutional. I call upon CM to desist from this unconstitutional and inflammatory act at this juncture, and devote to retrieve the grim situation."