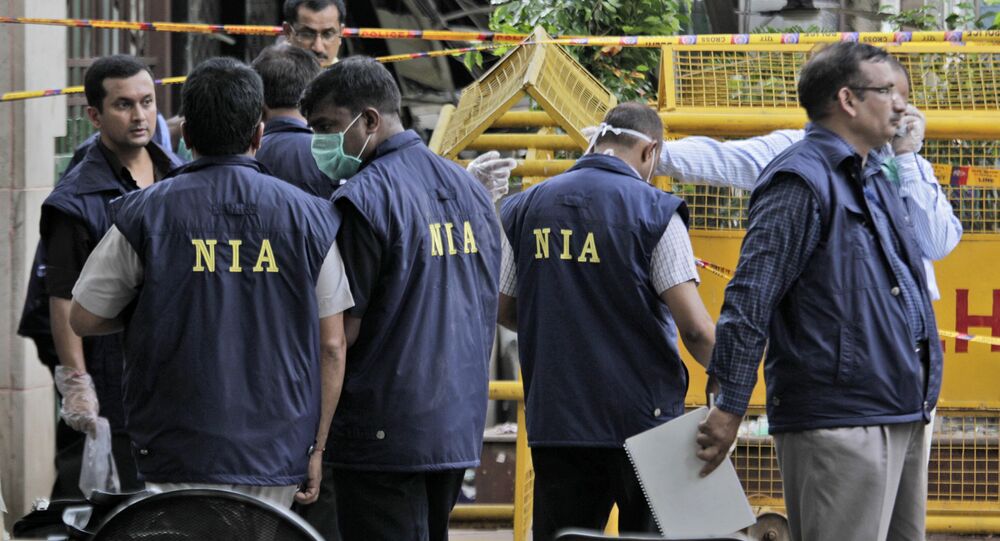 New Delhi (Sputnik): Over the last few weeks, thousands have taken to the streets in several parts of India to oppose a new law that grants citizenship to non-Muslim immigrants from three neighbouring countries, while supporters of the law also rallied, claiming the newly enacted legislation does not pose any threat to genuine Indian citizens.

Sleuths of the National Investigation Agency (NIA) on Thursday conducted several raids at the residence and office of prominent leader Akhil Gogoi, who was spearheading the anti-Citizenship Amendment Act (CAA) movement in the north-eastern state of Assam.

The NIA booked Gogoi on 14 December, two days after placing him under preventive custody for protesting against the Citizenship Amendment Act for his alleged role in the recent protests in Assam.

Five people succumbed to bullet injuries in Assam when police reportedly opened fire on protesters who had taken to the streets defying prohibitory orders in the state, after India enacted the Citizenship Amendment Act on 11 December.

The NIA began searches at Gogoi’s home in the state capital Guwahati and at the office of the organisation he founded and heads – the Krishak Mukti Sangram Samiti, a peasant organisation. The agency has seized files relating to Gogoi’s identity cards and bank documents. He is expected to be produced in the National Investigation Agency Court at Guwahati on Thursday.

According to a senior NIA official, they had inputs that Gogoi and his associates had been working in close coordination with Maoists, trying to spread the functioning of the leftists in the state of Assam.

The CAA allows for citizenship to be granted to illegal immigrants from six religious minorities – Hindus, Parsis, Jains, Christians, Buddhists, and Sikhs from Afghanistan, Bangladesh, and Pakistan, if they arrived in India prior to 31 December 2014. Notably, however, it excludes Muslims – a decision viewed by many protesters as a violation of the Indian Constitution.

Indian Prime Minister Narendra Modi, however, has said that the act "doesn't target any Indian citizen", and insisted that the law was not anti-Muslim.