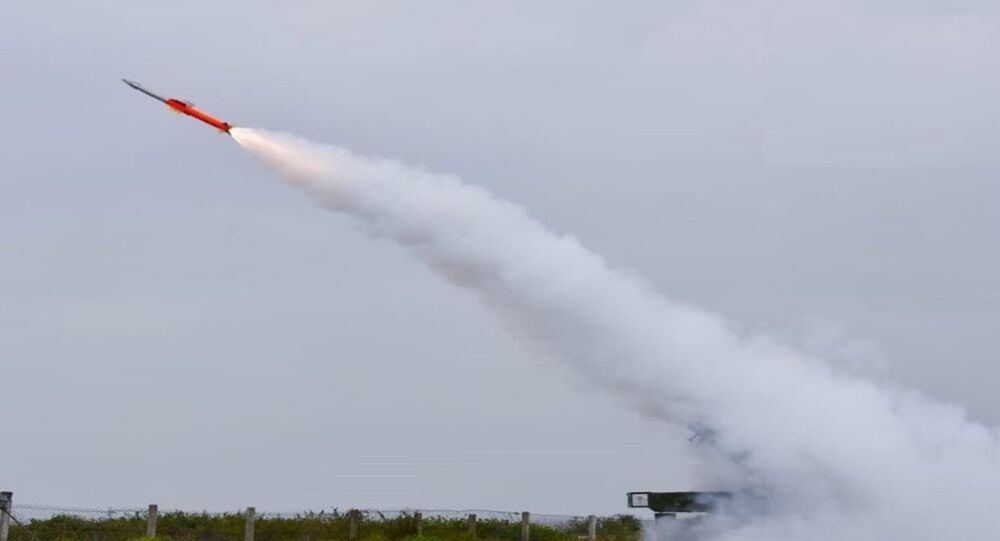 New Delhi (Sputnik): India’s Defence Research and Development Organisation (DRDO) conducted the fourth test of a missile system shortly after the Indian Army chief warned of a potential escalation on the border with Pakistan.

India successfully flight-tested its state-of-the-art Quick Reaction Surface-to-Air Missiles (QRSAM) against live aerial targets from the Integrated Test Range (ITR) on the Chandipur coast of the Indian state of Odisha on Monday.

Two missiles developed by the DRDO were tested against two live targets, meeting complete mission objectives of engaging the targets. The QRSAM, with many state-of-the art technologies, engaged the targets at different ranges and altitudes.

#WATCH India successfully test-fired Quick Reaction Surface to Air Missile off the coast of Odisha today. The weapon system is expected to be ready for induction by 2021: DRDO pic.twitter.com/eFiMeEcjVv

The systems were tested in final configuration with a radar mounted on a vehicle and missiles on the launcher. The entire mission was captured by various Electro Optical Tracking Systems, Radar Systems and Telemetry Systems.

They are equipped with a domestically-developed phased array radar, an Inertial Navigation System, a Data Link, and an RF (radio frequency) seeker.

The QRSAM can receive enemy radars and is capable of destroying aerial targets, tanks, bunkers, and short-range missiles. Also developed by the DRDO, the missile has a strike range of 25 to 30 km. It uses solid-fuel propellants and has the capability of engaging multiple targets.

The all-weather and all-terrain missile, which can be mounted on a truck and stored in a canister, is equipped with electronic countermeasures against jamming by aircraft radars.

The system is being developed for the Indian Army with a search and track while on the move capability and very short reaction time. Indian Defence Minister Rajnath Singh has congratulated the DRDO and industries on achieving the significant milestone.

On 19 and 20 December, India successfully tested the QRSAM and Pinaka Missile System respectively.

The tests come as Indian Army Chief Gen. Bipin Rawat issued a warning that the situation could escalate at any time with Pakistan. The Pakistani military has, in turn, said that it is ready to respond to "any misadventure" by New Delhi.