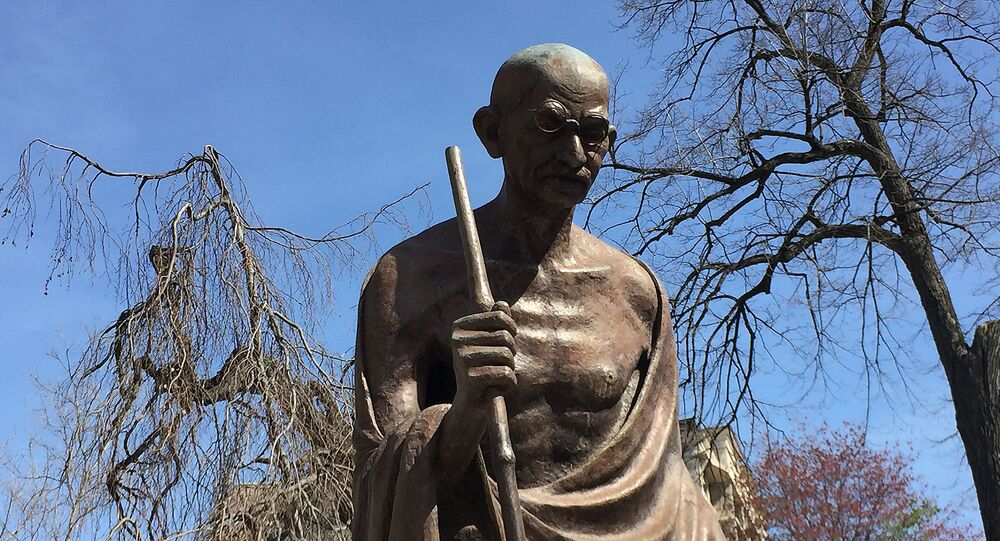 New Delhi (Sputnik): Over the past few weeks, protests against a new citizenship law have spread across India, resulting in the death of at least 17 people and dozens being injured in the northern state of Uttar Pradesh alone. Scores were arrested by the police on various charges, including damage to public property, across the country.

Previously, similar protests were also held in the US cities of Boston and Chicago. The law's detractors include those who claim the government is violating its secular constitution's religious equality guarantees, and Muslims, who insist that by not incuding Muslim immigrants in the amnesty amid a new push to register citizens, the government is targeting them specifically.

More than 200 Indian-Americans assembled around the Mahatma Gandhi statue in front of the Indian Embassy in Washington and held peaceful protests against the Citizenship Amendment Act (CAA) and the proposed National Register of Citizens (NRC).

The protest was organised by American-Indian Muslims in association with over a dozen similar bodies.

Protests are happening across the world. Please join us in solidarity. pic.twitter.com/ECwpvgIipV

During the peaceful protests, which saw the participation of students, women and children, slogans were raised in favour of India’s unity and placards read slogans like “Resist CAA & NRC” and and “We Stand with Jamia” in a reference to the Jamia Millia Islamia university students who have been protesting against the new law.

“We are here for only a single purpose - civil rights and religious freedom,” media reports quoted Indian-American Mike Ghouse from the Centre for Pluralism, a Washington-based NGO.

In a resolution submitted to the Indian Embassy, both the CAA and the NRC were labelled as policies that would push India backwards.

“We therefore resolve that India’s BJP government should withdraw both of these legislations at the earliest,”  the resolution said.

Similar protests were held in other parts of the world.

The new law grants citizenship to illegal immigrants from six religious minorities – Hindus, Parsis, Jains, Christians, Buddhists, and Sikhs, from Afghanistan, Bangladesh, and Pakistan, if they arrived in India prior to 31 December 2014. Notably, however, it excludes Muslims - a decision viewed by many protesters as a violation of the Indian constitution. Indian Prime Minister Narendra Modi, however, said that the law "doesn't target any Indian citizen", and insisted that the law was not anti-Muslim.

On the other hand, the implementation of the National Register of Citizens, while currently restricted to the northeastern state of Assam, and monitored by the Supreme Court of India, aims to identify the genuine citizens of the country and deport illegal immigrants, especially from neighbouring Bangladesh.