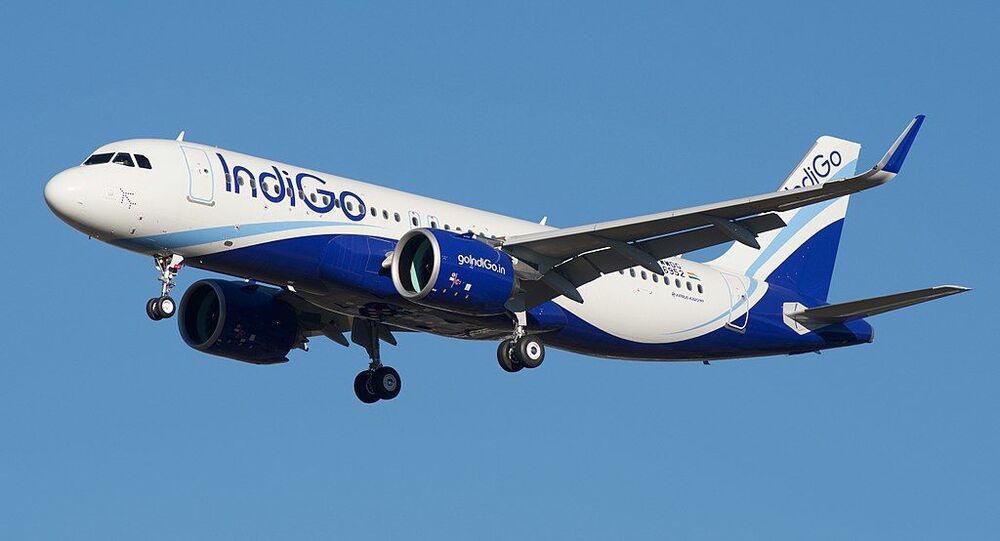 New Delhi (Sputnik): Last month, India’s aviation regulator DGCA had given an ultimatum to private airline IndiGo to replace the engines of its entire A320neo fleet of 97 aircraft by 31 January “at all costs" or face grounding.

On Wednesday, one of IndiGo's aircrafts flying from Udaipur in the west to Bangalore in the south had to be removed from the runway after an air traffic controller spotted smoke in the back of the plane. The incident raised fresh concerns about the safety of the aircraft as it happened after a series of technical snags over the past few months.

This is the second incident of a technical fault in A320neo planes since Monday (16 December). On Monday, IndiGO, the country’s largest private airline in terms of market share, said flight 6E 958, which had 180 passengers, had been grounded at Bagdogra Airport in West Bengal.

India’s aviation watchdog had ordered IndiGo to replace the engines of its entire A320neo fleet of 97 aircraft by 31 January in addition to halting the introduction of around 300 Airbus aircraft. The order came after the regulator termed four successive engine issues in the Pratt & Whitney-run A320neos as unprecedented and called for "urgent and effective action".

A320neo was developed as a result of a rivalry between Boeing and Airbus. IndiGo was its first customer in India, followed by its competitor GoAir.

Around 40 percent of the domestic seat capacity of India is powered by American Pratt & Whitney neo engines. The delivery of A320neos to Indian operators started in the first quarter of 2016.