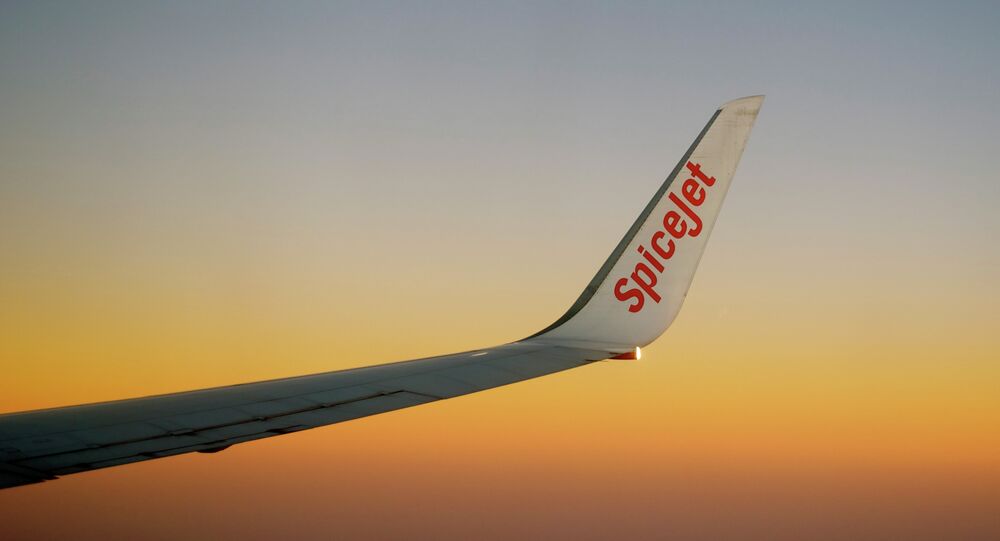 New Delhi (Sputnik): Goa Airport is the area's only international airport located in Dabolim, 4 km from the nearby city of Vasco da Gama, 23 km from Margao, and about 30 km from the state capital Panjim. Operating as a civil enclave in a military airbase named INS Hansa, it comes under the Indian Navy’s jurisdiction.

As Spicejet Flight SG 3568 was on its final approach for landing at Goa International Airport, the runway controller, the leading airman (air handler), noticed that the nose landing gear was not deployed, a Navy spokesperson revealed on Twitter.

Alert #IndianNavy Air Traffic Services at Goa Airport averted major accident today when the Runway Controller Ramesh Tigga, Leading Airman (Air Handler) noticed that the nose landing gear of the Spicejet Flight SG 3568, which was on its final approach, was not deployed. pic.twitter.com/qEkYhjQObA

​But the second attempt also proved unsuccessful. The front landing gear was partially deployed only on the third attempt.

The flight landed safely at 0805 hrs under assistance of emergency and safety services to recover the aircraft.

The alert action of naval air traffic and safety services finally prevented the Spicejet flight and all its passengers from being a part of a major accident at Goa airfield.