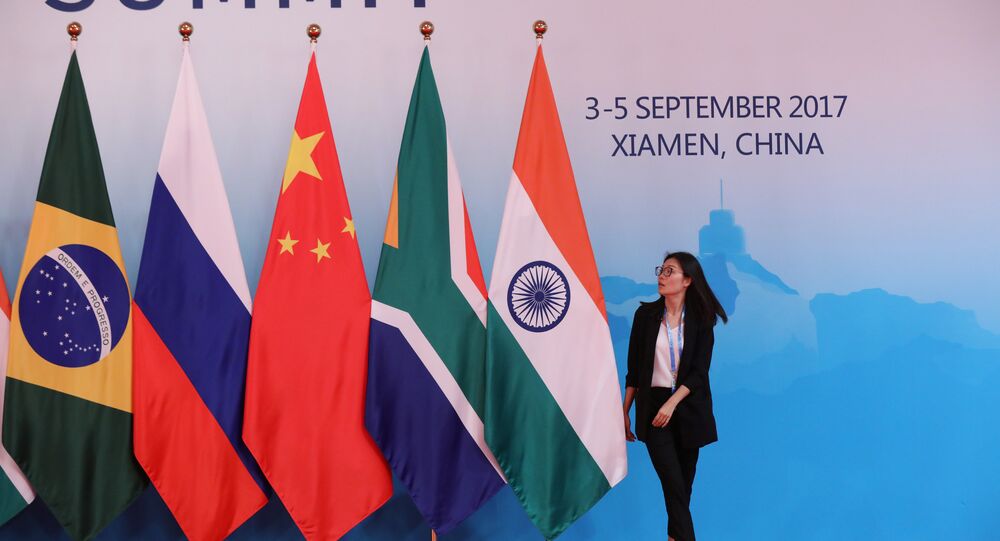 A simple navigation assistance app and a car accessory produced by the Russian-born company HUDWAY grabbed the headlines in many countries, including the US, several years ago. With its new product currently entering mass production stage, the tech startup is aiming at even wider distribution, including sales in four BRICS member states.

It was a revelation comparable to Newton's apple for Ivan Klabukov — a programmer from Russia's Izhevsk, when he dropped a smartphone on the dashboard of his car. Together with his cousin Alexey Ostanin they were in the middle of a long drive, when they noticed the phone's reflection on the inner surface of the car's windshield. They came up with an idea to develop an application, which will make navigating and driving a car easier and safer by projecting directions onto the windshield. Launched in 2013, their smartphone app called HUDWAY quickly reached 1 million downloads in the App Store and Google Play.

At the end of September this year, the Russian-born tech startup reached its next goal on Kickstarter, raising almost $600,000 towards the mass production of the updated version of HUDWAY Cast, which uses a special lens to amplify and beam visuals from a smartphone screen onto a vehicle's windshield.

HUDWAY quickly grew into an international company, operating in several countries, including the US, Russia and China.

Ivan Klabukov was one of the participants at this year's Forum on Small Business of the Shanghai Cooperation Organization and BRICS Regions in Russia's Ufa. On the sidelines of the event he told Sputnik that HUDWAY is planning to start selling its new product in February or March of 2018 and reaching out to foreign markets is currently one of the company's main priorities:

"Our main markets in are the US, Mexico and Brazil in America, and then Germany and France, India and China and Japan, and Russia — definitely Russia. "

As HUDWAY's four key potential markets also happen to be BRICS member states, the company is trying to find ways of navigating carefully through the "coral reefs" of local regulations.

"Well, definitely China is the Number One country where you can build your product with a competitive price. As China is [also] one of the main markets for us, we are experiencing some problems. There are a lot of barriers for a foreign company to be on the market, to sell on the Chinese market. It's super-easy to produce, but if you want to sell, it's kind of complicated."

It seems that many entrepreneurs like Klabukov, would rather see more transparency and logic in the ways in which Russian, Brazilian, Indian or Chinese governments regulate small and medium businesses.

Ivan Klabukov and other entrepreneurs had a chance to directly address officials from BRICS states at this year's Small Business forum in Ufa. The key topics of discussion were the creation of barrier-free cooperation in the SCO and BRICS, as well as financial, legal, and infrastructural support to small enterprises, as well as helping them in setting up export operations.

Among the measures proposed by entrepreneurs at the forum were the introduction of BRICS-wide unified production and legislative standards, as well as additional measures that will help businesses overcome dependency on the dollar and the euro.

The acronym BRIC was coined at the turn of the millennium by Goldman Sachs Chief Economist Jim O'Neill, who foresaw the growth of economies in Brazil, Russia, India and China. Russia hosted the first formal summit of association in 2009. One year later South Africa joined the bloc, transforming the BRIC club into its current form — BRICS.