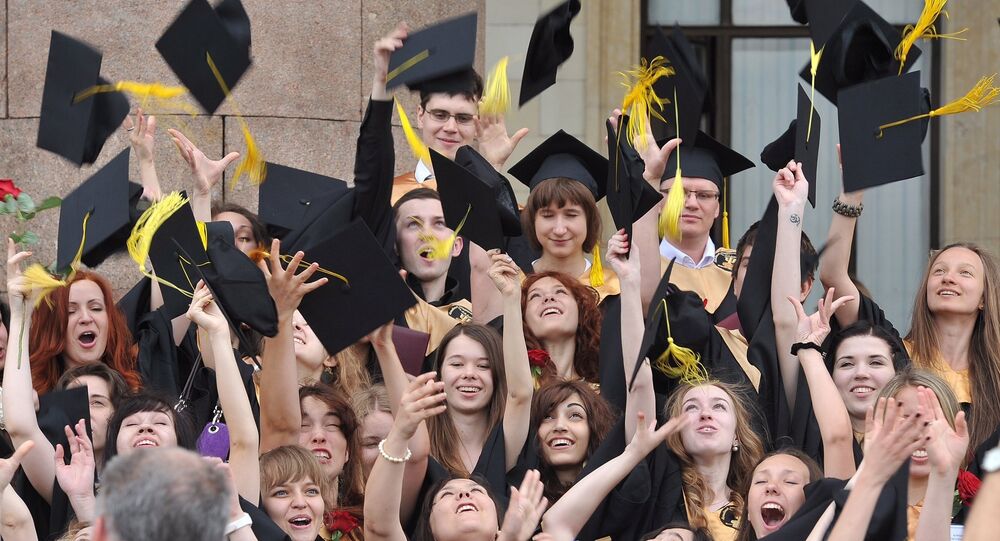 While car manufacturing jobs were big in the 1950s, by the turn of the century humans have been replaced by robots, leaving thousands of people jobless. So, according to many experts, flexibility, self-improvement and constant learning are becoming key abilities for those who would like to make a successful career in the 21st century.

/
© Photo : Pixabay
What It Takes to Thrive in a Digital World
In one of the scenes in the 1967 Hollywood classic movie “The Graduate”, Dustin Hoffman’s character Ben is getting career advice from an older man — Mr. McGuire. The man says just one word – “plastics,” adding that there is a great future in plastics.

Indeed, plastics were huge in the subsequent decades, especially during the 1970’s and 1980’s industrial era, so Ben would have probably succeeded if he listened to Mr.McGuire’s advice. But what is the new “big thing” now when it comes to investment opportunities and jobs skills, which will be in high demand? We asked Denis Cherkasov, who is CEO at SBVC Asset Management, part of Sberbank Group:

"Certain basic skills will be required in foreseeable future, for me – I think these are mathematics and music. So knowing music and knowing mathematics will keep your children employed in the next century. That would also be my advice to young children, who are now stepping into the world," Cherkasov said.

Cherkasov, who’s worked in a number of Russian and foreign investment firms, says that job market trends are quite volatile. What’s in demand now may very well lose value in the future.

"Now everyone is talking about robotics and artificial intelligence; the ‘Internet of things’. Some time ago there were other technologies – crowdfunding, new fintech technologies. Earlier there were new technologies in clearing and banking and finance. So, what it is necessary to learn – is to learn how to learn, how to stay constantly on edge, to educate and upgrade yourself and to have a flexible mind," Cherkasov pointed out.

So, it’s likely that many fields of study, including robotics, may look completely different within coming years, and some knowledge will become outdated in as little as few months.

"We live in a world where everybody’s knowledge – my knowledge – becomes obsolete within 6 months. We step into a world where continuous learning and the improvement of skills becomes absolutely crucial not only to move forward, but just to remain on the edge, and keep your position, so to say," Cherkasov concluded.

It’s possible that in a changing digital world, you won’t be doing the same thing for decades, and going in a new direction may require additional professional education. In that case, computers, which may have been the reason why you quit, may actually help you to acquire a new profession with the help of AI-enabled custom courses and e-learning programs.