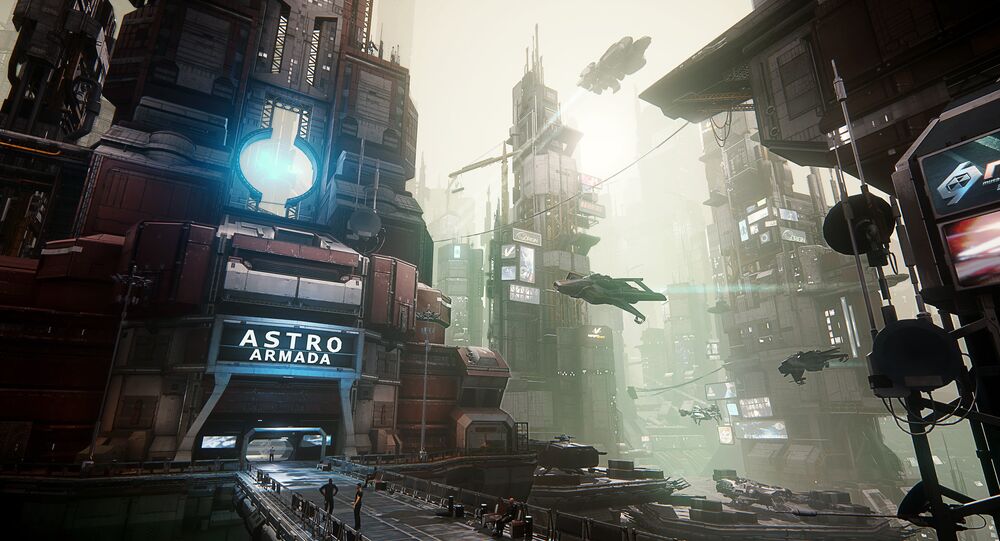 "Star Citizen": How Gamers Created Their Own Universe

Imagine the future 900 years from now, where our planet is part of the United Empire Of Earth, and it’s really hard to become citizen of that empire. This is the plot of the videogame “Star Citizen”, which is currently being developed as a crowdfunded project.

The makers of “Star Citizen” coined the term “first-person universe” to describe their game. Players are free to do anything they like, whether it’s space flight itself, first-person shooting sequences or economic and social tasks that help characters achieve their goals.

The project was launched by Chris Roberts’ company, Cloud Imperium Games,  with the help of thousands of gamers. In 2012 Roberts, who is also known for the 1990s space games series Wing Commander, launched a crowdfunding campaign – first in a blog, and then on Kickstarter. Within the following five years the campaign generated more than $150 million dollars, at one point even putting the title into Guinness Book Of Records as “most-funded crowdfunding project anywhere”.

John Erskine – the head of Cloud Imperium Games Texas Studio and the publishing head at Roberts Space Industries, told Sputnik that at first many supporters of the game were from older generations of gamers – people who used to play the Wing Commander series back in the 1990s, but over time the trend changed with even younger players joining the campaign.

When it comes to technology, Star Citizen uses many features that can be found in today’s space exploration games, like procedural generation of objects, but according to John Erskine, the approach to procedural generation and other aspects at Cloud Imperium Games is different: instead of just creating generic planets, the developers focus on immersion and authenticity.

What it really is – is a tool for our designers to be able to rapidly create authentic planets and worlds that are based on procedural generation, but by doing that it allows us to create more content faster, which adds to immersion as well: there are new places to explore and those places are handcrafted with the aid of procedural planet technology – we thought that would be really cool.

Star Citizen is currently in its testing stage and developers are planning to release a major update in the summer of 2017. But unlike many other titles, the game might become a long-running series instead of one finalized title, with new DLCs (or downloadable content packages) being released constantly. Here is what John Erskine told Sputnik about the developers’ plans:

I believe throughout the course of this year all the major systems that we’ve talked about will be online and playable, Hopefully, as long as people are interested in doing it, and funding it, and playing it – then we’ll continue doing it, so hopefully it’s gonna be years and years to come.