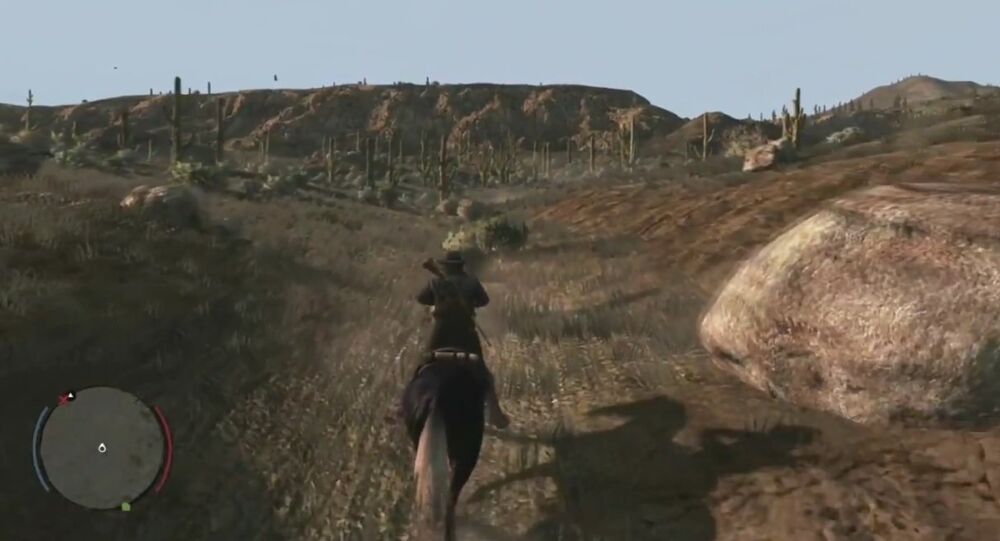 Chased by heavily armed soldiers, John Marston wants to protect his family and is eventually killed in a stand-off against a firing squad. But the death of the protagonist in the video game Red Dead Redemption did not stop the developers from continuing to work on this spectacular Western series.

The Red Dead series was launched as another take on the spaghetti western genre. The first part of the game was released in 2004 by Rockstar Games. It featured “grainy film” special effects and parts of movie soundtracks composed by Enio Morricone. The game received good reviews, but it was very hard for developers to create an open world with smooth graphics on the consoles the game was built for – Playstation 2 and Xbox.

Things changed in 2010, as Rockstar Games published the sequel to its western, called Red Dead Redemption. By this time, the Playstation 3 and Xbox 360 offered smoother Full HD graphics. The open world of the game featured rivers, mountains and woods with various wildlife and hidden treasures. Players could choose from single-player missions or free roam mode, or take part in network games.

The game had a catchy soundtrack, with old musical instruments and memorable themes. Rockstar invited composers and musicians using authentic 19th century instruments to recreate the atmosphere of the era. Here is what Davey Chegwidden, who played drums and percussion on the soundtrack, said in an interview with Gamezplay.org:

“You know, a lot of sessions are just trying to serve a song, whereas with this it’s more like just coming up with an emotion, but being a little more vague about it, trying to be somewhat background material, but engage the listener on an emotional level at the same time.”

For years Rockstar Games remained silent about creating a possible sequel or prequel to the game.

​But even after the official announcement was made about the upcoming sequel, fans still clamored for more information. Players launched their own investigations, claiming to have found voiceover artists, actors and developers who might have been working on Red Dead Redemption 2.

We've got another potential lead actor for #RDR2 by the name of Jeff Harms. Resumé found by Jabalous on the Forums https://t.co/G8ufxhKcwW pic.twitter.com/xk1tk8qB00

​The release is scheduled for the fall of 2017. So if you’re a big Red Dead Redemption fan, with its rumored 4K graphics and the impressive open world seen in official trailer, the next Rockstar Games masterpiece is definitely a must-see title for you.