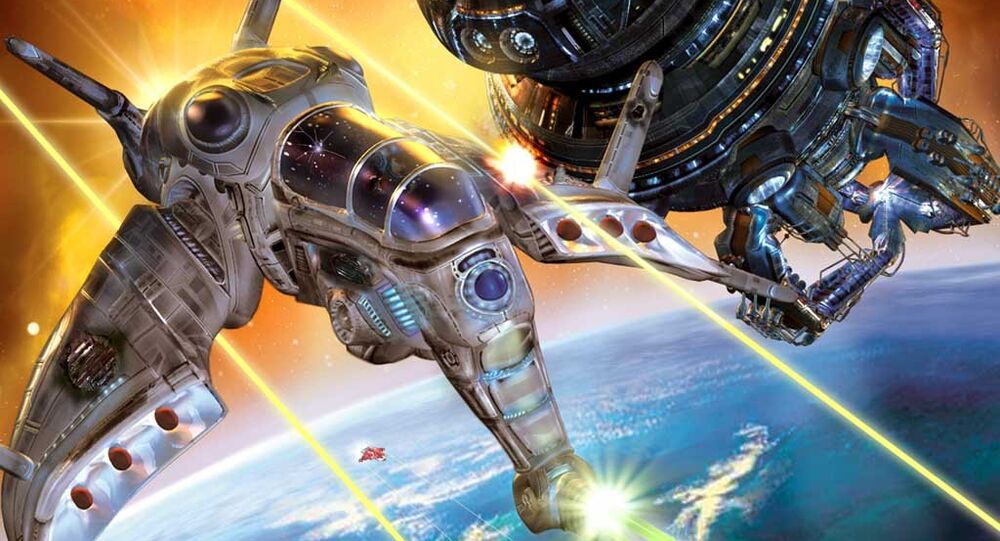 Have you ever wondered how life in the universe could look like in the year 3000? Elemental Games – a group of software developers from Vladivostok - tried to answer that question almost a thousand years in advance by releasing “Space Rangers” – a game that gained a mass following in Russia and abroad.

It all started in Russia’s Far East at the turn of the millennium as three gaming enthusiasts – Dmitry Gusarov, Alexey Dubovoy and Alexander Yazinin attempted to create their own space adventure game. Influenced by soviet sci-fi movies, as well as the western space dramas Babylon 5 and Star Wars, the developers wanted to make something outstanding.

Here is what Dmitry Gusarov – one of the developers, said in an interview with Gamedev.ru:

“We created a dynamic virtual world by merging strategy and adventure. Nobody has ever done that before. A famous game developer said once that ‘the game can never be complete, there’s only a moment when you have to stop’ – and that’s what happened to us.”

It took Elemental Games several years to finish the project. Even though the core of the team was based in Vladivostok, the crew started growing rapidly with new members from other Russian regions joining through internet forums to work on various aspects of the game. Elemental Games made its own planetary viewer and quest editor, which were accessible remotely.  As a result, 7 authors came up with 26 in-game quests and 3 composers produced a score that Space Rangers is particularly famous for.

The game combines tactics, strategy, in-game arcades and role-playing assignments – and all of that is set against the backdrop of “galaxies far-far away.”  The game features 6 races, where humans are just one of several life forms. Players and computer-controlled characters trade with each other, fight, explore new routes and complete other individual tasks on a fast-paced timeline. The game has alternative plots and several endings.

Here is how Gusarov described the mechanics of the game in his interview with Gamedev.ru:

We developed our own engine as well as a number of editors to create planets, screens, ships and fighting arenas. There were a number of unique features in all of that, like the spinning 2D planets with lighting. All in-game objects had alpha channels and the game spares a lot of memory. We converted 2D animated ships into 256 colors so that they would save RAM resources, but since there was no standard graphic format with 256 colors that would support alpha channel, we created our own format.  Other similar engines are much worse – just like scrolling in Civilization 3 or Call to Power 2 – they didn’t need a quick screen refresh rate but for “Rangers” it was crucial.

But despite its great overall value and state-of-the-art features, Space Rangers failed when it all came to sales and distribution. Several Russian game bloggers, who reviewed the game, suggest that 1C – a Russian software giant that distributed the title in 2002, didn’t do enough to promote it. As a result, Space Rangers was ignored by Russian gaming magazines and was discovered by most new players through word-of-mouth recommendations. Outside Russia, the release gained a following in Finland and parts of Eastern Europe.

Even though Space Rangers probably missed its chance to become the next big thing in the world of computer entertainment, it was followed by a series of spinoffs. Sequels called Space Rangers 2, and Space Rangers: Reloaded were released in 2004 and 2007, making the title the first and perhaps the most successful Russian open world game ever made.