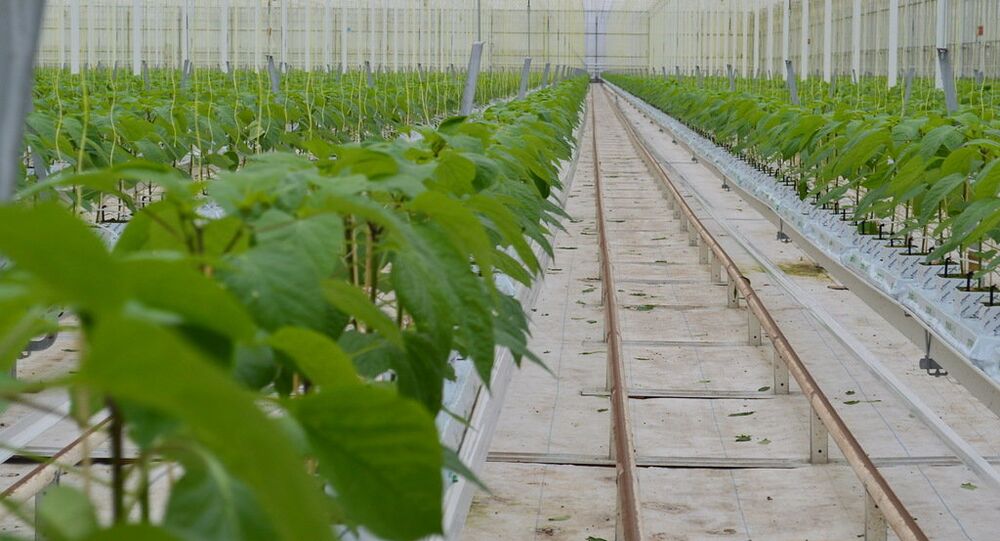 The Netherlands was among the EU states that supported anti-Russian economic sanctions in 2014. But it wasn’t the country’s politicians, who paid the price of restrictions. The real economic loss was shared by the country’s dairy farmers, fruit and vegetable growers, who were banned from the Russian market as Moscow imposed a retaliatory embargo.

When you travel through North Holland, you’ll be amazed to see that there are not only historical landmarks, like the old coastal town of Volendam, with its fishing boats and souvenir shops, but there also state-of-the-art modern farms and greenhouses.

Barendse DC is a family-run agricultural company. The Barendse family started this enterprise from scratch, by building 20 hectares of greenhouses in 2007. They grow bell peppers, all of them orange – the color of the Dutch Royal family.

Not only Barendse DC grows delicious peppers at this hi-tech eco-friendly facility, the owners are proud to show the greenhouse to visitors. pic.twitter.com/rqn1IIvBZr

Petra Barendse is a co-owner, and a restless tour guide at the greenhouse. The tours have become extremely popular with more than six thousand people visiting the greenhouse annually. Just like other guests, I took a bicycle and went for a ride around the facility.

Almost everything in the greenhouse — from mixing hydroponic components to air conditioning to parts of the harvesting process is being controlled by computers, with owners being able to get the full picture in real time on their smartphones.

We start in December with half a million seedlings, but we care for the plants during winter time. We start harvesting only in March when we have enough sun here in Holland. And we harvest then from March till the end of October – 30 thousand kilos of sweet peppers in one day.

During the harvest season there are hundreds of self-driving trolleys moving between the 4-meter-tall plants. Even though peppers are being picked by hand, they are delivered to the storage only when the worker uses his electronic tag, to put his personal “signature” on each shipment that he collected. That way the owners also know when to call truck drivers to pick up the produce: the peppers must stay fresh on their way to the supermarket, so delays are unacceptable.

In cooperation with other local producers, Barendse DC ships its peppers worldwide – almost everywhere… except Russia.

In 2014 the EU imposed sanctions on Russia over the situation in Ukraine. Moscow responded to restrictions by banning the import of some European foods, including Dutch sweet peppers. Even though for the Barendse family the losses were not significant, they saw big potential in the Russian market.

"It was not the biggest exports country, it was maybe 4-5% of all our export, but it was a growing market, so it was really a pity for all Dutch agricultural companies, that we could not deliver to Russia anymore, especially for our company, because the Russian people really love to eat good, fresh, healthy food, they want good standard of quality, and that’s exactly what we deliver, so it was really a pity that we had to stop the export to Russia."

Pressured by Germany and France, as well as by the Poland and the three Baltic states, the EU recently decided to prolong the sanctions against Russia for another six months, until July 31st, 2017.

Russian authorities don’t want to lift their embargo of European goods either, since it protects domestic agriculture from foreign competition.

However, with the rise of pro-Russian political parties in Western Europe and with Donald Trump’s victory in the US, the EU leaders may very well reconsider its stance on sanctions in the future.