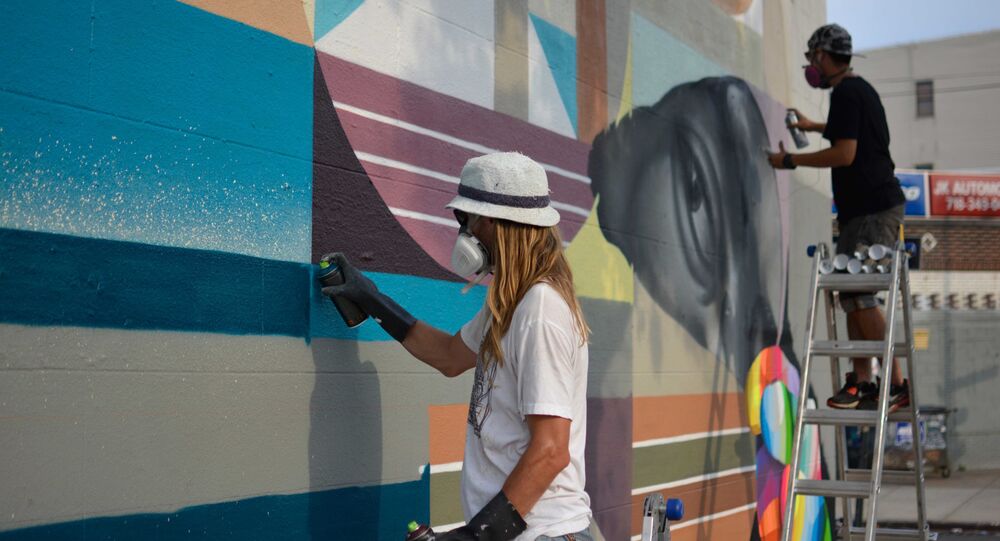 2Create: How NYC Graffiti Artists Work in Pairs to Deliver Their Message

Even though some graffiti artists and creative groups in big US cities still work illegally, their paintings are admired by locals and tourists alike, leaving a powerful message and becoming an integral part of the urban landscape.

Graffiti used to be a huge problem for New York City authorities back in the 1970s and 80s. At one point a special police task force was created to put each piece of illegal street art into a special database to catch the author.

Nowadays, thanks to artists like Banksy, street paintings are frequently regarded as trendy urban art pieces rather than something that requires police action. Yoav Litvin is a New York-based photographer and writer who spent years documenting urban culture and exploring the work of local artists and creative groups.

In his new book called 2Create, which was just released in the United States, Litvin shows how and why nine pairs of New York graffiti artists chose to work together.

He took dozens of photos in the artists’ studios as well as in the streets.

One of the stories is about the collaboration of two Iranian brothers who call themselves Icy and Sot. Both currently reside in Brooklyn, specializing in political and social stencil art.

Litvin told Sputnik that over the last fifty years individualism in visual art has been glorified. However, in his opinion, it’s an erroneous model which runs contradictory to creativity, and now cooperative creativity is on the rise:

In his book, Yoav Litvin decided to look at the relationships within creative pairs, and at ways in which the artists collaborate at each stage of the process, starting with an idea and going all the way to the drying spray paint stage.

Interesting stuff abt creative process:some artists, like ASVP, prefer to stay anonymous, so in his book @nookyelur had to blur their faces. pic.twitter.com/NZqQqzzYAR

​Even though the underground part of the NYC street art scene is still active, urban communities are beginning to tolerate graffiti more. An increasing number of property owners actually want to put works of well-known graffiti artists on their walls. And as more such “partners in crime” are being pardoned and recognized by the community, their works are moving from walls to galleries, giving new impetus to the idea of urban artistic collaborations.