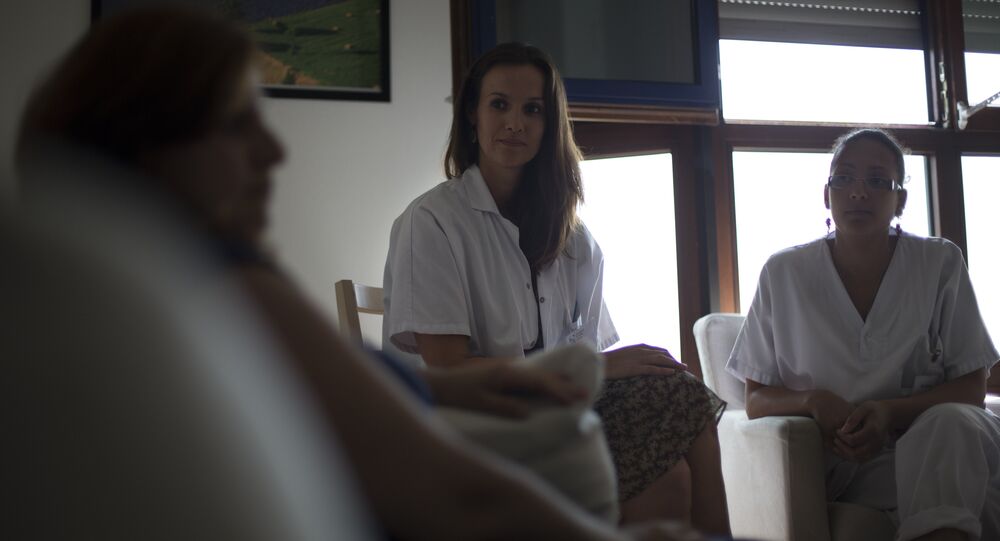 How to Stop Holding Your Breath

Being more than just fears, phobias are often difficult to overcome. In many cases people require the assistance of a trained mental health professional, and sometimes it may take years of therapy to cure a common phobia.

For millions of people around the world who suffer from all sorts of mild and severe phobias, overcoming their fears has always been a difficult and painful process. Sometimes it takes years to cure common phobias, and besides undergoing psychotherapy, patients are prescribed a cocktail of drugs — antidepressants, sedatives and beta blockers.

Currently, one of the main types of treatment is called desensitization, or exposure therapy.

Patients are gradually exposed to the object of their phobia, which eventually makes them less responsive and finally makes the painful symptoms go away.

Psychologist David Barlow is the head of Boston University’s center for Anxiety and Related Disorders. He is one of the pioneers of desensitization therapy. Barlow and his crew managed to achieve stunning results. Some of their techniques work in just a few hours. With others, it takes a few weeks for a person to be fully cured.

However, according to Dr. Barlow, exposure therapy wouldn’t work without strong commitment on behalf of the patient.

Unless one is willing to experience one’s own negative emotions, and expose them as not dangerous and overwhelming or threatening, then they will probably will not be able to overcome their anxiety and phobia.

Hypnotherapy is another method that can be used to treat phobias.

Helen Mitchell has been suffering from the most common human phobia – the fear of spiders, for many years. Together with analytical hypnotherapist Rob Kelly, Helen is trying to overcome her dreadful fear.

Rob says that in order to treat the phobia effectively, patients often have to go back in time, to find the source of their fear – the situation which caused the anxiety in the first place.

Here is a piece of Rob Kelly’s hypnotherapy session that was filmed by Granada Television:

Shortly after the session, the woman is able to hold a live spider in her hands. And even though it may take her some time to be cured completely, it seems like hypnotherapy worked well for Hellen.

Besides the gradual desensitization technique, and hypnotherapy, there’s also a third way – cognitive behavioral therapy, when exposure is combined with other techniques. The patient learns to cope with the phobia by discovering alternative beliefs about the object of his or her fears. Through learning comes a sense of mastery and control of a person’s thoughts and feelings, helping them to fight the phobia in a rational and conscious manner.