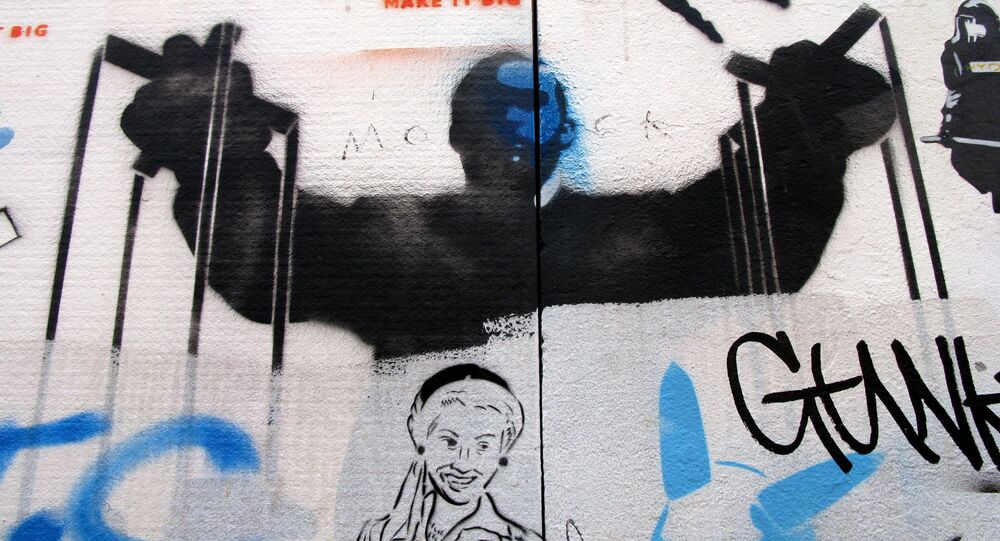 Video games have been a part of the entertainment industry for decades.

But it seems that at some point the US government decided that it had to step in – by creating its own war simulators, and by paying taxpayers’ money to a scientist who is being described as a “hardcore World Of Warcraft fan”… so that she could spend hours watching Chinese gamers at play.

What do George 'Corpsegrinder' Fisher, the lead singer of the American death metal band Cannibal Corpse, and the US government have in common? Here’s Fisher talking about his hobbies on the YouTube channel Luciferium:

Well, that’s Uncle Sam’s passion too! In 2008 Professor Bonnie Nardie of the University of California-Irvine received $100,000 from the National Science Foundation to “analyze and understand the ways in which players of World of Warcraft, a popular multiplayer game, engage in creative collaboration.” Not only did the researchers fly to China to observe local gamers at play and document their behavioral patterns and habits, they took part in the battles of elves, dragons and gryphons themselves.

Apparently, Professor Nardi’s "participatory research in Warcraft play" required a bit more cash, so the NSF decided to pour an additional $3 million over the next few years into the project. The next ultimate goal was to see how "World of Warcraft" and "Second Life" could help organizations collaborate and compete more effectively in the global marketplace.

But apparently it’s not only the massive multiplayer online role-playing gaming genre that the US Government finds interesting. According to the 2014 edition of Wastebook – an annual report on crazy government spending written by then-US senator Tom Coburn, Uncle Sam also likes first-person shooters. According to Coburn, since the 2002, the US Army has spent a total of $33 million on a state-of-the-art combat simulator, which exceeded its original budget of $7 million. Here’s the game’s trailer from YouTube:

"America’s army" with its realistic combat missions and teamwork, was originally meant to influence potential army recruits. About 28% of players actually visited the Army’s recruitment website after playing. But what about the remaining 72%? Well, shortly after the game was released, the US intelligence community started worrying that the game could easily fall into the wrong hands. A top secret NSA report mentioned in Edward Snowden’s leaks identified "America’s Army"as one of several combat simulation games which terrorists can use to train for missions.

But even that didn’t stop the Army from rolling out another update for the game called RFI-4, which allows players to compete in a deadly version of capture-the-flag called “Intercept” with missile components instead of a flag, once again, with no guarantee that it won’t be used by ISIS to train its own recruits.

So, the next time you’re playing your favorite online game, be prepared: you may unwillingly become a part of a new government experiment, and behind any soldier, orca, dragon or zombie character there may be someone, who’s there not for fun, but for a serious "study of virtual steampunk automata"… paid for by US taxpayers.