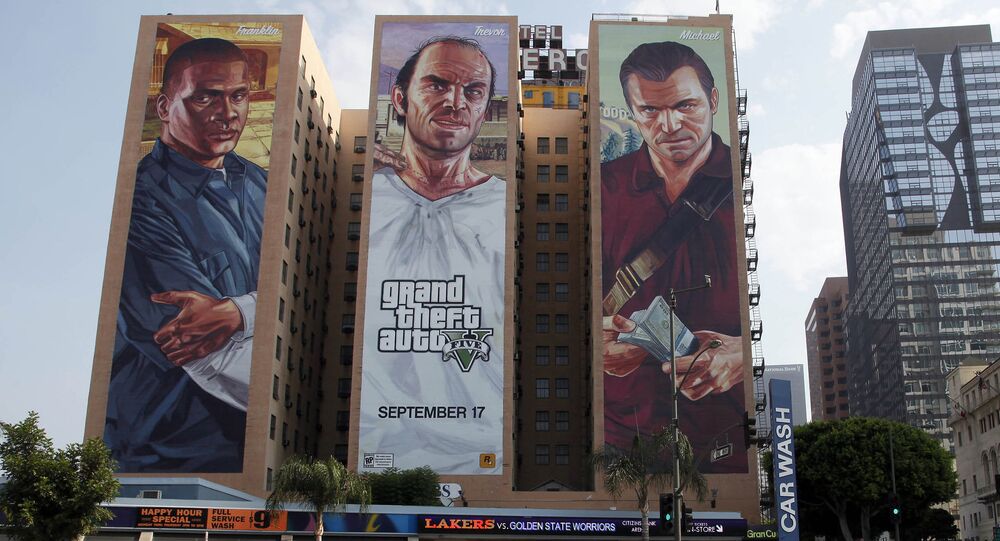 It’s been known to gamers for more than a decade and hasn’t stopped surprising the world with its growing popularity. Despite its controversial content the Grand Theft Auto series has become the most financially successful video game in history.

No matter which part of the Grand Theft Auto video game series you’re looking at, it’s always the same concept: it’s realistic, funny, detailed and extremely violent. It’s so good — even Harry Potter played the game. Daniel Radcliffe, who is known for his portrayal of the young wizard, said in a BBC interview posted on his fan site, that he was intrigued to become part of “Gamechangers” – a recent movie about Rockstar Games, the company that created the GTA series:

“Rockstar was most famous for producing Grand Theft Auto Games, which were games I played growing up, so obviously, immediately when I started reading the script, it was like – “Oh, I’m intrigued”. And I didn’t know that this – something I considered was a quintessentially American kind of game, was made by Brits!”

In Gamechangers Radcliffe plays Sam Houser — one of the founders of Rockstar Games. The creative team takes a bold approach to the creation of the game’s script. They choose to break all the rules, pushing the realism and the level of violence to the limit.

Most Grand Theft Auto episodes are dedicated to America’s criminal wars, like the 1990s “Bloods” vs “Crips” gangster shootouts in South Central Los Angeles, the darkest New York underground battles between Lost MC’s bikers and local night club owners, and Miami’s drug wars of the 1970s and 80s.  The name of the series references the term used in the US for motor vehicle theft.

Players get high scores for hijacking cars and planes, shooting people, getting away from police pursuits and performing heists. Due to its controversial content, besides millions of dedicated fans, the game also has thousands of opponents, with some of them filing lawsuits against Rockstar all over the world.

In the movie “Gamechangers” Sam Houser and his crew even risk their lives to make the game as realistic as possible. In one of the scenes they visit South Central LA, but when local gangsters try to attack the group of touristy-looking Brits, the thugs quickly retreat after they discover that they just met the guys from Rockstar — the “demigods” who created their favorite console game.

The current episode of GTA, which immediately gained a mass following after its release in 2013, is Grand Theft Auto 5. A “bundle pack” of scripted “story mode” games and an online multiplayer mode, takes place in Los Santos – the imaginary, but very realistic-looking copy of Los Angeles and the surrounding communities. It’s the story of several gangsters who plan and carry out outrageous criminal operations. In the online mode players can fight each other or choose to gather in crews of 4 to complete joint missions.

No wonder GTA 5 has become the most financially successful video game in history. In just one month following its release, the title got 7 Guinness World Records, among them “Best-selling action-adventure game in 24 hours,” “Fastest entertainment property to gross $1 billion,” and “Highest revenue generated by an entertainment product in 24 hours” with $815.7 million.