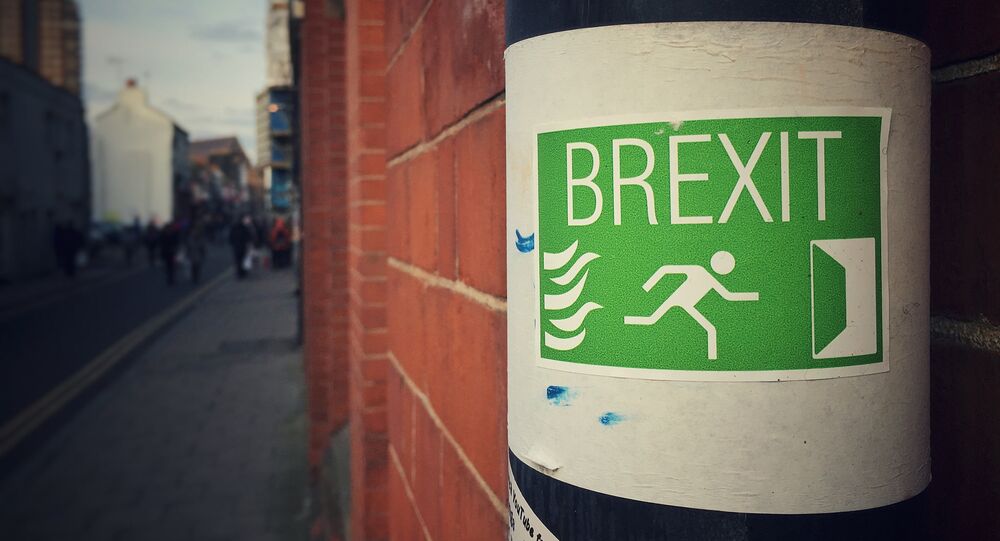 Brexit or Fixit: Is It Just About Personalities?

As we come down to the final few weeks of the referendum campaign, it is becoming apparent that many people still do not understand the basic arguments for and against remaining in the EU, and may vote according to what their favourite personality says, rather than the issues.

Is this the fair and the proper way that a democracy should function? Dr Paul Monaghan, the Scottish National Party (SNP) Member of Parliament for Caithness, Sutherland and Easter Ross, and Roger Helmer of United Kingdom Independence Party (UKIP), one of UKIP’s two Members of Parliament in Westminster, and also an MEP for the East Midlands region, discuss this issue.

How credible are the leading personalities involved in the Brexit campaign? The first politician discussed in this programme is probably the ‘loudest’ of all the Brexit campaigners — the ex-mayor of London, Boris Johnson. Dr Monaghan said that Johnson comes across as a something of a buffoon, as an individual who is intelligent, has a strategy, and is very ambitious, but in Scotland at least, is looked somewhat sceptically. Roger Helmer added that Boris Johnson is not an buffoon, as he has a personality which is interesting, which is much more interesting than the usual grey-face Cameron and Osborne. It is important, Helmer points out, to get the public’s attention, and Johnson does that.

Ex Secretary of State of Education, and current Secretary of State Justice Michael Gove has a similar sort of character as Boris Johnson, Dr Monaghan says, and both harbour ambitions which the public may not be aware of. “I think Michael Gove’s record as education secretary is less than satisfactory, he has moved on since then, but he does appear to be a good public speaker.”

The leader of the UKIP, Nigel Farage, presents a controversial image. He is, in the words of Roger Helmer, a “marmite politician;” either you love him or you hate him. The problem with this is that because Farage has such a strong personality, many people are put off the ‘Brexit’ campaign who would not be if the campaign was more to do with issues rather than personalities. Obviously, politics are always about personalities, but as Dr Monaghan points out, “we are moving away from discussing the issues to sound bites,” the depth of which, Roger Helmer points out: “increasingly depends on how much time the media allows people concerned to express their views.”

David Cameron is not considered to be the most credible politician, and perhaps not the best person to lead the Bremain campaign, our studio guests say. As Dr Monaghan points out: “I suspect Cameron’s motives, the public is sceptical of him, and if they scrutinised his motives they may find that he is more interested in the future of the conservative party than the EU referendum campaign. People are sceptical about what Cameron thinks of ordinary working people… He has changed his tune, as has Boris Johnson, and that takes people away from the crucial issues.” Nicola Sturgeon suffers no such problems, with high credibility ratings throughout the UK on many issues, including the Bremain arguments. The Bremain campaign does not benefit from the presence of politicians who are deemed as ‘risky’, with somewhat controversial political pasts which have alienated certain sections of the public. The wheeling in of ‘establishment’ figures such as the Bank Of England’s Mark Carney, who do not have controversial recent histories, and who offer third party ‘official’ endorsements, only strengthens the Bremain case, and this is something that the Brexit campaign could learn from.

Many people are now saying that using strong personalities to win people over is not always the right tactic, and non front line politicians such as Natalie Bennett command much more respect, and hence credibility than some of the mainstream personalities discussed in this programme.

As June 23rd looms closer, one thing is clear. We are more likely to respond better to the arguments when they are well presented, rather than to the facts themselves, as Dr Monaghan pointed out. It will come down to personalities, and that is sad, as we will not have really voted because of the issues, but because we like the way that one politician expresses himself more than another. This is particularly so as many people’s minds are still not made up, and it is unlikely that they will be in.