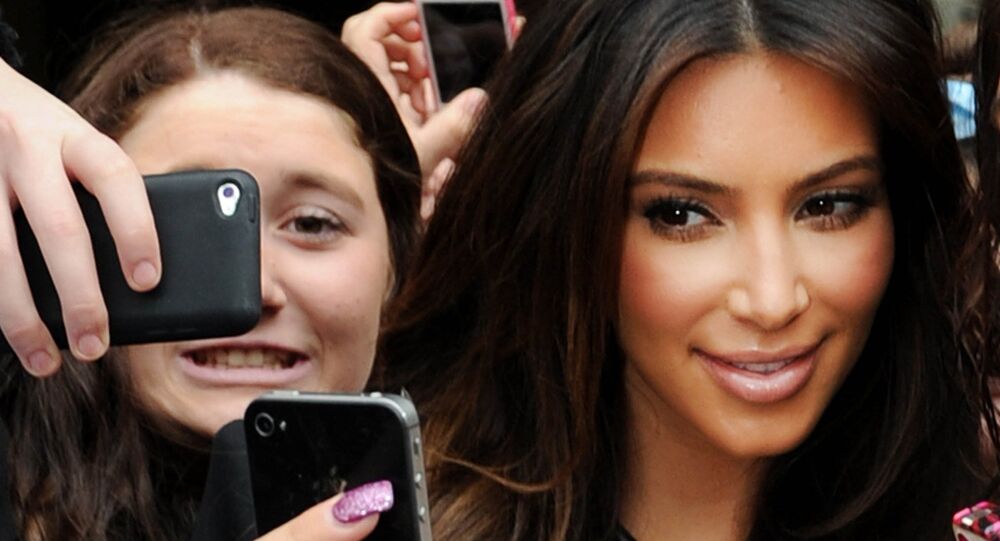 Becoming a celebrity on the Internet is easy. Some online personas prefer to shock their fans with their appearance or actions, others don’t do anything special, but try to keep in touch with their fanbase, making people literally addicted to seeing their faces.

Jordan James Parke spent $150,000 to look like Hollywood celebrity Kim Kardashian. The 24-year-old Brit underwent more than 50 cosmetic procedures, including plastic surgery, botox injections, hair removal and eyebrow corrections. The “Male Kim”, as he calls himself, shares his fascination with Kardashian on his Instagram page by posting her photos alongside his own “selfies”. The manner in which he shoots those photos is almost automatic: striking a pose in front of a mirror and pressing a button on the screen of his smartphone – all in a couple of seconds.

In the 1990’s, or even 2000’s – the era of TV and paper tabloids, Parke’s plastic surgery hobby might have gone unnoticed. But now, thanks to Instagram and Facebook, fans like himself often pave way to their own stardom, constantly comparing their own popularity with number of likes and subscribers their idols have. Here’s “male Kim” talking about the real Kim in a Channel Four interview.

“She has a big social media following. And obviously I don’t even have half of what she has. She hit 39 million followers on Instagram yesterday, I've got like 50 0000.”

But it’s not necessary to look like someone else to become big on social media — proven by Benny Winfield Jr. – who calls himself the “King of the Selfie Movement”.

Winfield is a sales representative from Texas, whose Instagram “MrPimpGoodGame” got a massive following  in 2013 for posting exactly the same close-up type of shots – his smiling face with different backgrounds. He later admitted to Vice that about a third of those photos were taken on the toilet.

In an interview to Dutch broadcaster NOS on YouTube, “MrPimpgoodgame” gave a simple explaination for his selfie obsession:

Winfield Jr. also said that he was getting both positive and negative reactions from the audience, but it didn’t matter much to him:

While the “selfie epidemic” brought popularity to Instagram celebrities like Parke, Winfield and others, it also helped to jumpstart a separate niche in hardware manufacturing. Monopods, or so-called selfie sticks, were known to customers in Asia before. But now, with the unstoppable selfie trend, the production of this simple accessory has grown significantly, crossing borders and breaking cultural barriers.

According to NPR, a New York based company called “Selfie on a Stick” has seen a 3,000% growth in sales in November of 2015.

So if you want to look like your idol, or make an idol out of yourself, if you’ve got something unusual, funny, or shocking about your daily life or appearance – use your imagination. With just a smartphone and an Instagram account (and perhaps with a decent “selfie stick” too) you can become a digital age celebrity, followed by thousands of people from all over the world.