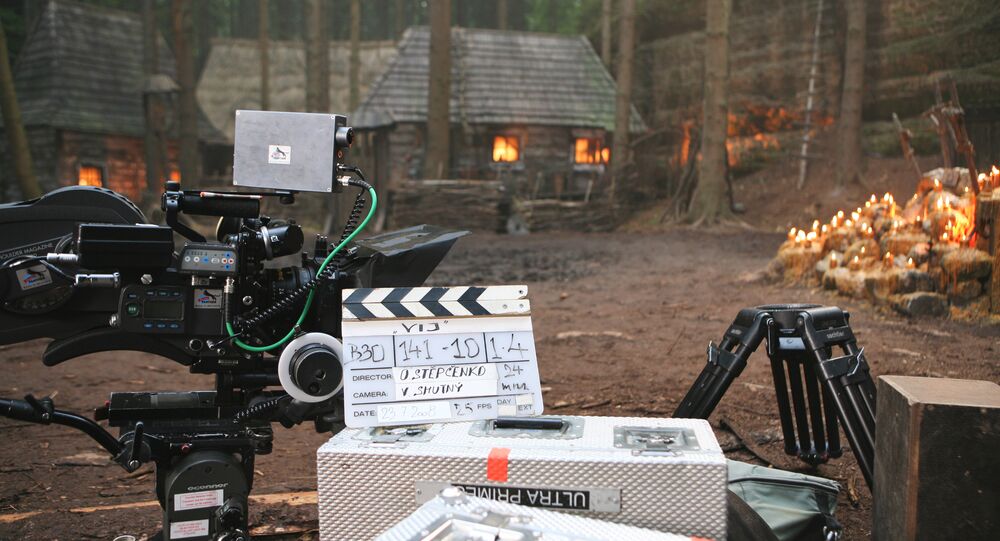 A Chance to Look Behind the Silver Screen

If you aren’t a movie buff, you probably wouldn’t know which young directors will make it big in Hollywood. But thanks to online crowdfunding websites, now everyone can invest in the future of filmmaking by supporting dozens of film projects on Kickstarter and IndieGoGo.

How far would you go to be a star? While searching for the answer, Sarah, the lead character of a 2014 horror film called “Starry Eyes”, makes a fatal choice. She falls victim to a satanic cult operating inside Hollywood. “Starry Eyes” is full of blood, sex and violence – a classic horror flick with a metaphorical portrayal of Tinseltown’s darker sides.

Film's director Dennis Widmyer told us in an interview that he had to ask his friend, the famous author of “Fight Club” Chuck Palahniuk, for support. In February of 2013 almost 400 people from all over the world donated more than $52,000 on Kickstarter to launch the project.

“Basically what we did – we did the Kickstarter. It was very difficult. Chuck helped out. As you know, we utilized his services and it was still difficult. I think our goal was $50,000 and we raised $53,000. So even with Chuck helping out, with his 600,000 Twitter followers – we barely made it.”

Wow, Kickstarter just made STARRY EYES a Staff Pick. Thank you for all the support/love — http://www.kickstarter.com/discover/recommended?ref=sidebar #teambeautifulyou

The crowdfunding campaign was just a starting point for Widmyer and the film crew. With all the publicity gained on Kickstarter and with the support of “Cheap Thrills” producer Travis Stevens, Starry Eyes was transformed into a full-length feature, topping the charts on Netflix and iTunes and was also released on DVD and BluRay.

Wow, STARRY EYES just got to #2 in iTunes Horror! Thank you all for supporting this awesome little flick! Keep it up! pic.twitter.com/jXcpKQxLkF

​The Kickstarter platform is famous for movie crowdfunding campaigns. Some of the most talked-about flicks include “The Veronica Mars Movie Project” with its $5.7 million budget and “Wish I Was Here”, launched by “Scrubs” star Zach Braff.

Backer rewards usually range from autographed DVD’s to a chance of becoming a guest star or co-producer in the upcoming release.

“Kevin [Kolsch — co-director and co-writer] and I have gone on tons of meetings at big studios where they would hear that we “kickstarted” “Starry Eyes” — it’s not a bad thing, they like it, they would go “Oh my god, that’s amazing!” – they almost had more respect for the film, because they see it came through this grassroots format. So everybody in Hollywood is definitely aware of this”

So what does it take to make a great film with the help of the Internet crowd? Dennis Widmyer says first of all you’d have to be 100% sure about success of your project. Talk to your backers honestly and directly, be polite and don’t carpet-bomb the audience with emails asking for money. Make a top-notch presentation video, and don’t forget to offer unique prizes to supporters.

So it doesn’t matter whether you’re finishing your high school cinema project, aiming to make a blockbuster hit, or you’re a loyal fan who wants to show gratitude to their favorite director – take a closer look at crowdfunding websites –there may be a golden opportunity waiting just for you.