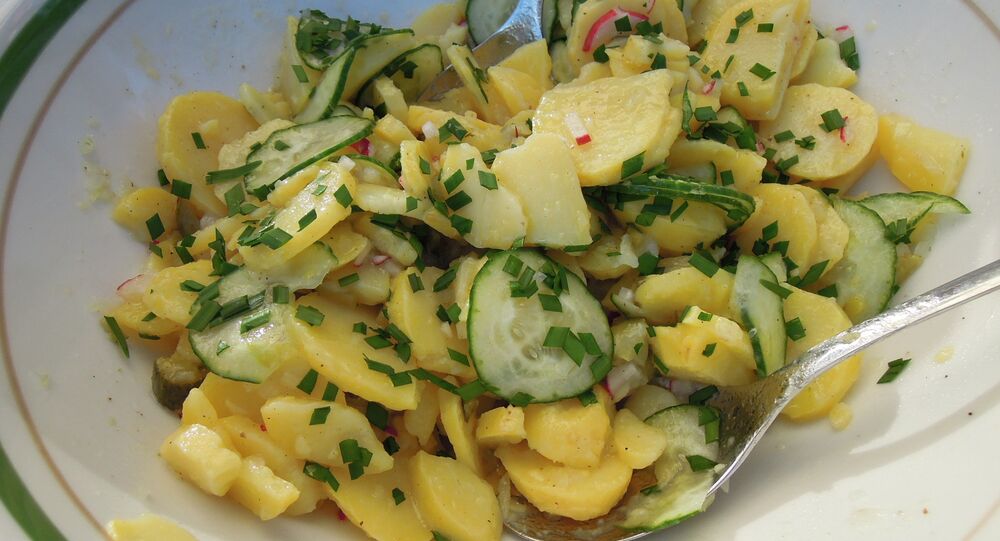 The Strange Side of Kickstarter

The idea of people from all over the world gathering online to finance a useful project is not new. But besides creating new household appliances and filming serious documentaries, there’s also a strange side to crowdfunding. How strange? We’re talking about a 55-thousand-dollar-potato salad and a giant inflatable Lionel Richie head.

With those and many other similar bids, “the weird menu” of crowdfunded projects is seemingly endless.

What do you do when you’re hungry? Perhaps you buy a ready-made meal or, alternately, you buy ingredients and cook the dish yourself. But Zack Brown from Ohio decided to raise money for his meal on the World Wide Web. Yes, that’s right, he asked the Internet community to help him make potato salad, and launched a project on Kickstarter – a global crowdfunding platform. Three days later, here is Zack… wide-eyed, speaking in a video on his Youtube channel:

And even that wasn’t all. As the story went viral and was picked up by the media worldwide, Zack Brown raised 55 thousand dollars. Not only he was able to make a bowl of good old potato salad, “for desert” he also co-authored a potato salad cookbook and launched the PotatoStock festival to celebrate the greatness of America’s favorite side-dish.

“Hello, is it me you looking for?”

When Lionel Richie wrote his famous song in 1984, at first he thought it sounded “corny”. “Hello” turned out to be a huge hit, inspiring lovers all over the world. In 2013, two artists who call their collaboration “Hungry Castle” were apparently still quite inspired and launched a crowdfunding campaign to enable them to produce a giant inflatable Lionel Richie head. They raised 8,000 pounds on Kickstarter for their project, calling it “The Stonehenge of Soul” and “monstrous totem of purest surrealism”.

Dave Glass and Kill Cooper – the members of “Hungry Castle” said in their interview with Youtube’s Hoala Channel that there are two key references in their work:

“In our work we always refer to the Internet and pop culture. And that’s what makes it cool s**t. That’s what we do. And if all that has failed, we follow “the rule of funny”: if it makes us laugh, hopefully it makes everyone else laugh”.

With several major crowdfunding platforms for creative projects on the Interntet, such as Kickstarter and Indiegogo, there are hundreds of ways to make the crowd go “Wow” (and sometimes  “Why?”)

Hiring a pilot with a plane to write stupid things in the sky? Check. Financing 13 dates for a man who was desperately seeking attention from the opposite sex? That’s easy. Creating a diaper wetness sensor that can do the checking all by itself, so you don’t have to? Done — all thanks to crowdfunding websites.

So whether you want to look cool as…. ice, you’re an artist hungry for fame, or you’re just plain hungry — formulate your thoughts, make a small introduction video for your project and put it on a crowdfunding website. Maybe your strangest idea is just what the world is looking for.