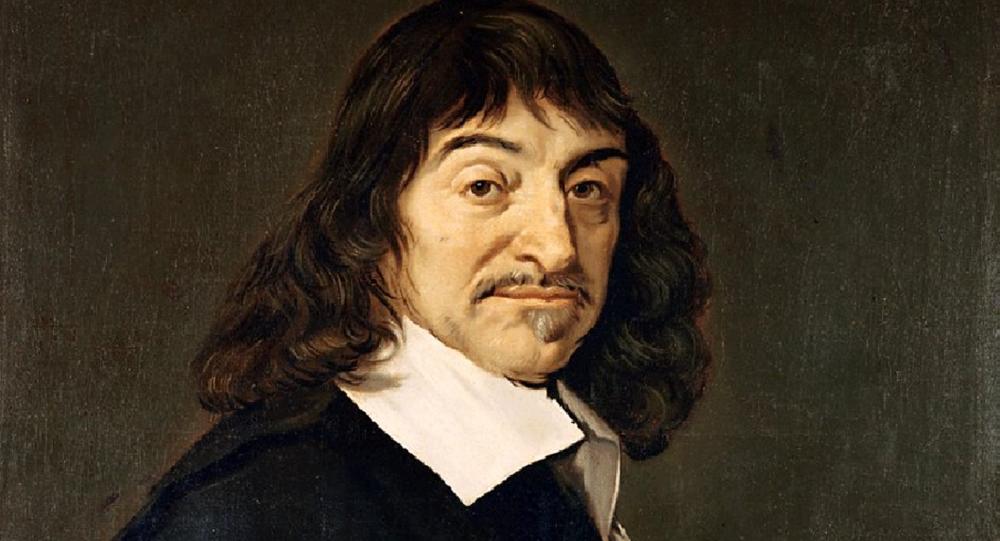 René Descartes is often called the father of modern philosophy, but this wasn’t an easy achievement in a religious society.

René Descartes is often called the father of modern philosophy. But this wasn’t an easy achievement back then, as in most societies religion prevailed in most matters.

Andrew Dickson White, American historian and educator, who co-founded Cornell University, was eventually appointed as a U.S. diplomat to Germany and Russia. He authored an interesting book entitled A History of the Warfare of Science with Theology in Christendom, in which he examined how scientific progress functioned in a highly religious Christian society. Among the researched subjects was Rene Descartes. Andrew Dickson White noted:

…his constant dread of persecution, both from Catholics and Protestants, led him steadily to veil his thoughts and even to suppress them. The execution of Bruno had occurred in his childhood, and in the midst of his career he had watched the Galileo struggle in all its stages. He had seen his own works condemned by university after university under the direction of theologians and placed upon the Roman Index….Since Roger Bacon, perhaps, no great thinker had been so completely abased and thwarted by theological oppression.

Descartes’ writings were not seen as “heretical”, however, that’s perhaps because he was so careful. In his work The World, also known as Treatise on the Light, he supported the Copernican heliocentric theory – the same theory that caused Galileo’s condemnation by the Church. Descartes initially abandoned plans to publish the book, until releasing it much later, when he thought himself to be safe for the persecution of the inquisition.

Descartes wrote most of his major works in the Netherlands, despite being born in France in a good family. The reason for his leaving his home country for over 20 years was that at the time it was going through a period of religious and philosophical intolerance. For example, in 1624 the French Parliament passed a decree forbidding criticism of Aristotle under the punishment of death. Instead, Descartes chose the more liberal and, even still Christian, but a more tolerant Protestant country.

Although Descartes considered himself to be a religious person, and even a devout Catholic, his views on faith and attempts to rationalize it were met with opposition. For example, here is what Pascal said about the French philosopher:

I cannot forgive Descartes; in all his philosophy, Descartes did his best to dispense with God. But Descartes could not avoid prodding God to set the world in motion with a snap of his lordly fingers; after that, he had no more use for God.

It was his philosophical revolution that put him in the Church’s disfavor: for the first time man was raised to the level of the subject. Descartes suggested that reason, certainty and doubt reigned over “truth” sought from God: “I think, therefore I am”. The concept had immense far-reaching implications, not fully realized in Descartes’ lifetime, but it was largely him who triggered the gradual shift to a secular society on the grand level. In a sense, René Descartes was one of the first notable seekers of political asylum.