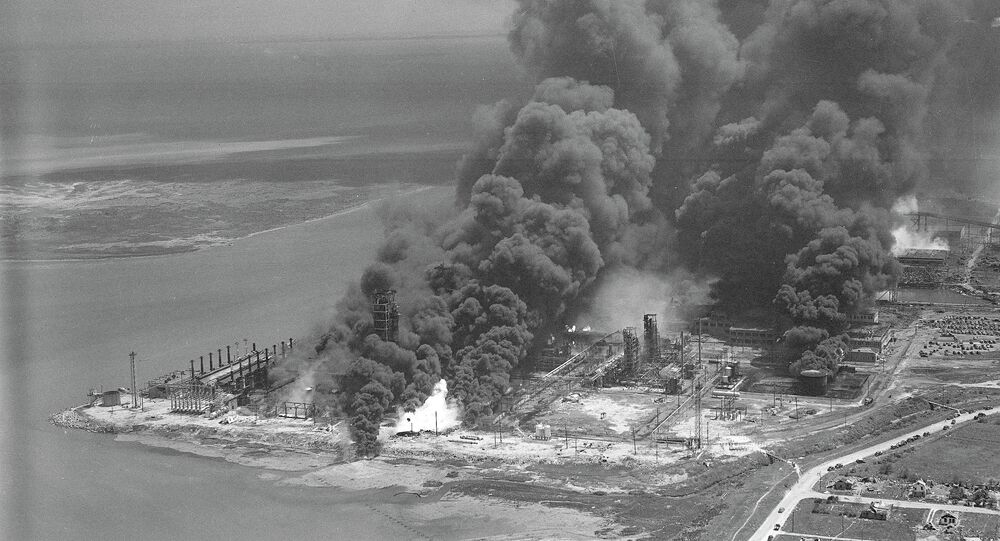 The 1947 Texas City disaster is the deadliest industrial accident in American history. On the morning of April 16, 1947, a fire broke out at the SS Grandcamp docked in port. The war recently ended, war-time supplies were still abundant, but something had to be done about that.

For example, ammonium nitrate, a key component in explosives used at the time, was also used as a fertilizer. SS Grandcamp was carrying around 2,100 metric tons of this substance. A nearby ship, SS High Flyer, had almost 900 metric tons of it as well, along with 1,600 metric tons of sulfur. More was stored in the dock warehouse. The dangerous cargo was to be shipped over to Europe to help the post-war reconstruction efforts. Here’s an excerpt from a New York Times article published April 17:

A chain of explosions set off by the blowing up of a nitrate-laden ship smote this Gulf port yesterday, killing hundreds and injuring thousands… Fires followed the blasts. Poisonous gas from exploding chemicals was reported to be filtering through the area. Estimates of the fatalities ranged from 1,200 down to 450.

This is the short story. But how did the fire start and why wasn’t it contained?

Around 8am smoke was detected in the hold of SS Grandcamp – the reason was never determined, although one of the likely scenarios was an unextinguished cigarette left precariously near the explosive substance. After attempting to put out the flames without using water, the captain ordered steaming the cargo hold. This firefighting method uses steam piped to a sealed area in attempts to extinguish fire without using excessive water which may ruin the cargo. This had no chance of stopping the reaction, as ammonium nitrate produces its own oxygen. Moreover, the hot steam may have even made things worse by converting the substance into much more volatile nitrous oxide, at the same time raising the already high heat in the cargo hold. In fact, it got so hot that the water around the ship was boiling.

In a few minutes after the smoldering ammonium nitrate was steamed, the pressure and temperature reached the critical point and the substance exploded, starting a chain reaction and lighting High Flyer on fire.

The losses from the disaster were unprecedented. Nearly 600 deaths in a town of about 16,000 is a terrible toll. It is impossible to arrive at an exact figure because many bodies were never recovered…A full week passed before the last of the fires was extinguished, and a month had gone by before the last body was pulled from the tons of rubble…Dreadful as the disaster was, it brought the people of Texas City together as nothing else had ever done. Those that remained were determined to rebuild again, and all of the industries that were damaged, stayed and rebuilt.

This disaster, similarly to many other high-profile accidents, had far-reaching consequences. The first ever class action lawsuit against the United States government was a direct result on behalf of thousands of those who were affected. A new standard for Storage of Ammonium Nitrate, was developed and adopted in 1963, based on reports from this disaster. Moreover, the Occupational Safety and Health Act (OSHA) of 1970 made safety-related duties the obligation of employers, and employees were required to comply with safety rules.