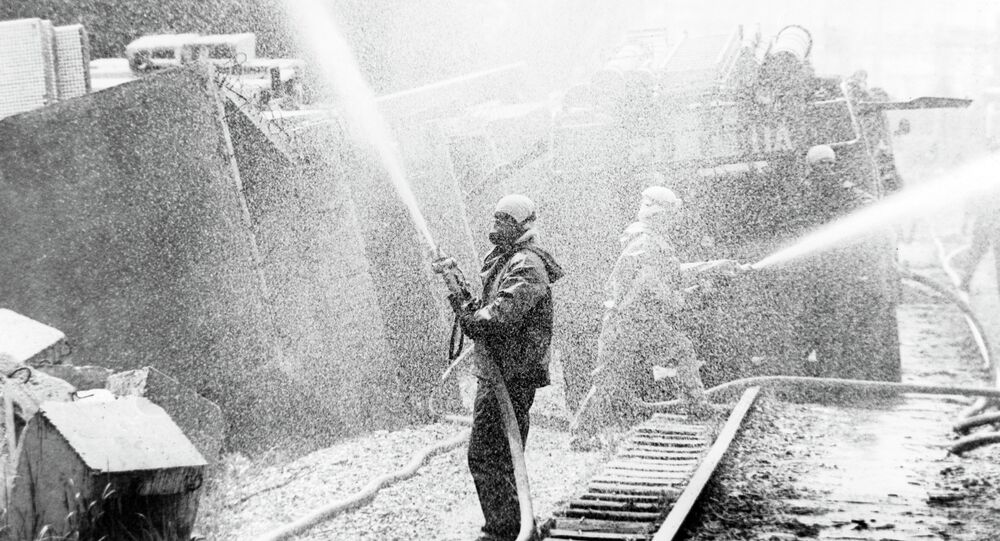 The Chernobyl disaster needs no introductions. You may be old enough to remember the day it happened, or you may be young enough to play video games inspired by the accident. One thing is certain – the fateful day, April 26, 1986, has echoed through history, leaving its mark on everything, from engineering to politics to popular culture.

However, most just know that a nuclear power plant exploded in Chernobyl, without really understanding things leading up to it or stemming from it. So what happened, exactly?

To give a comprehensive answer, one would have to go into detail explaining the general practice of construction and operation of soviet nuclear plants at the time. In short, it was a scheduled experiment, which was already in the gray area, safety wise, gone wrong. Essentially the test was supposed to measure how long the turned off generator would continue producing power while spinning down until the complete stop. It was to happen with the reactor at low power. However, operators were asked to increase power to support the electrical grid for a short while right when they were preparing for the experiment. Adding shift changes and turned off safety systems, a complex series of events led to the reactor going out of control, rapid power increase and fuel temperature spike. This led to the water cooling system producing a steam explosion, which destroyed the nuclear reactor casing, blowing out its lid through the roof and rupturing surrounding pressure tubes. This caused a second explosion just a couple of seconds later. As a result, the reactor and fuel was exposed to the environment and radioactive steam and debris started spreading through the area.

Thanks to the availability of new, up to date computer programs, the use of powerful computers, and experimental studies which have been carried out on the coolant vaporization effect in [Soviet reactors] RBMK, we have been able to define more accurately the main physical parameters of the reactor and thus develop new sets of requirements for systems which improve reactor safety. The safety level of RBMK reactors has been significantly enhanced by a series of organizational and technical measures which have been implemented as part of the 'Comprehensive Action Plan'.

Apart from bringing safety into the spotlight, the attempted cover-up of the accident and surrounding issues led to changes in the Soviet government, ushering in a new era of openness – glasnost. Mikhail Gorbachev wrote in 2006:

The nuclear meltdown at Chernobyl 20 years ago this month, even more than my launch of Perestroika, was perhaps the real cause of the collapse of the Soviet Union five years later… The Chernobyl disaster, more than anything else, opened the possibility of much greater freedom of expression, to the point that the system as we knew it could no longer continue. It made absolutely clear how important it was to continue the policy of glasnost, and I must say that I started to think about time in terms of pre-Chernobyl and post-Chernobyl.

Despite attempts to minimize damage by evacuating the nearby town of Pripyat and sending in containment teams, the disaster resulted in creation of the one thousand square mile Chernobyl Exclusion Zone, 31 deaths from direct exposure and thousands of people with health issues linked to radiation. The Chernobyl accident became an embodiment of the potential for disaster when not following proper safety protocol.

The impact of the disaster spread not only to the Kremlin, but across the globe – and not just in the form of radioactive fallout. A strong anti-nuclear sentiment is evident in some countries banning nuclear power altogether. On the other hand, new, stricter, safety measures were adapted, making sure events like this won’t happen again. However, as history later showed, nuclear power cannot be rendered completely safe.