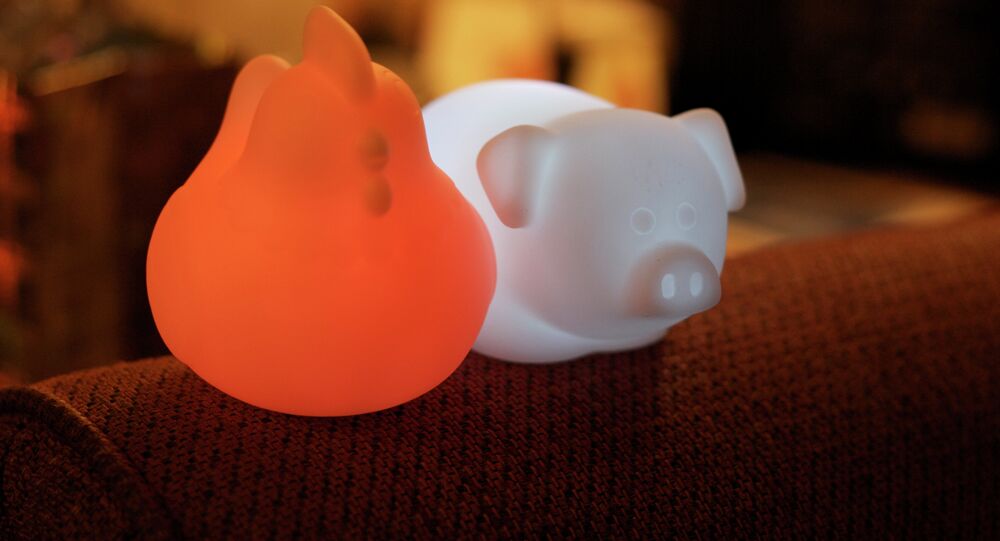 GMOs: To Glowing Pets and Beyond

Transgenic organisms are used not only for food. Medicine, research, and even recreation are just some of the applications for GMOs. We've created a fish that glows in the dark and sell it as pets - but can we accidentally create a super-virus or super-bug, capable of wiping out humans as a species?

Genetically modified organisms, GMOs, are most often associated with food, at least, on the consumer level. However, this is just the tip of the iceberg that is genetic sciences – there is so much more that humans can do by manipulating the genetic makeup of bacteria, viruses, plants and animals. In the last several decades mankind has managed to do what nature does across thousands, millions of years. And some of these things would simply never happen in nature. Take, for example, GloFish.

GloFish, introduced in 2003, is a kind of zebrafish which was genetically modified to exhibit fluorescent red, green and orange colors – other colors soon followed. The fish isn’t naturally fluorescent, of course. The story of GloFish began in 1999, when Dr. Zhiyuan Gong and his team at the National University of Singapore were experimenting with the gene extracted from a fluorescent jellyfish. They managed to insert the gene into an embryo of a zebrafish, thus integrating it in the fish’s genome. As a result, the fish became brightly fluorescent, with no adverse effects. Interestingly, although the scientists pursued the goal of making the fish fluorescent only in certain conditions – presence of environmental toxins – the first step of this process, an always-glowing fish, was so peculiar that it was soon commercialized and sold as pets.

The zebrafish pet, trademarked as GloFish, is just a small part of genetically modified organisms out there – admittedly, the most visible part. Creation of modified animals to be used as pets is mostly an ethical issue at this time – there are other reasons scientists intervene in the natural order of things. The array of applications of genetically modified organisms is surprisingly broad: from agriculture to biological and medical research to production of drugs to experimental medicine to production of consumer products. The zebrafish, which served as the basis of the GloFish, is, actually, more of an accident, then an indended final product: it’s a so-called model organism – which means its genetic makeup is particularly suited to be experimented upon.

Scientists are constantly increasing complexity of organisms used for genetic engineering, as well as complexity of procedures. This, of course, raises a multitude of concerns – can we accidentally create a super-virus or super-bug, capable of wiping out humans as a species? What happens if genetically modified animals are introduced to the wild life? And, of course, the biggest moral issue is human genetics.

For example, Ian Wilmut, English scientist who in 1996 supervised the team which produced the famous lamb named Dolly, said:

I see nothing wrong ethically with the idea of correcting single gene defects [through genetic engineering]. But I am concerned about any other kind of intervention, for anything else would be an experiment, [which would] impose our will on future generations [and take unreasonable chances] with their welfare… [Thus] such intervention is beyond the scope of consideration.

But, regardless, science moves forward. Jack Horner, American paleontologist, curator of paleontology at the Museum of the Rockies in Bozeman, Montana, wrote in 2010 in the Discover magazine:

Right now people are interested in genetic engineering to help the human race. That's a noble cause, and that's where we should be heading. But once we get past that — once we understand what genetic diseases we can deal with — when we start thinking about the future, there's an opportunity to create some new life-forms. As a scientist, I’m not in the business of trying to determine whether that’s the right thing to do or the wrong thing to do. I’m in the business of seeing what is possible. And if we can make new species, that to me would be really exciting.

So what is possible at this time? Can we create new life-forms or recreate dinosaurs? Tune in to the next issue of Life, Reconstructed, to find out.