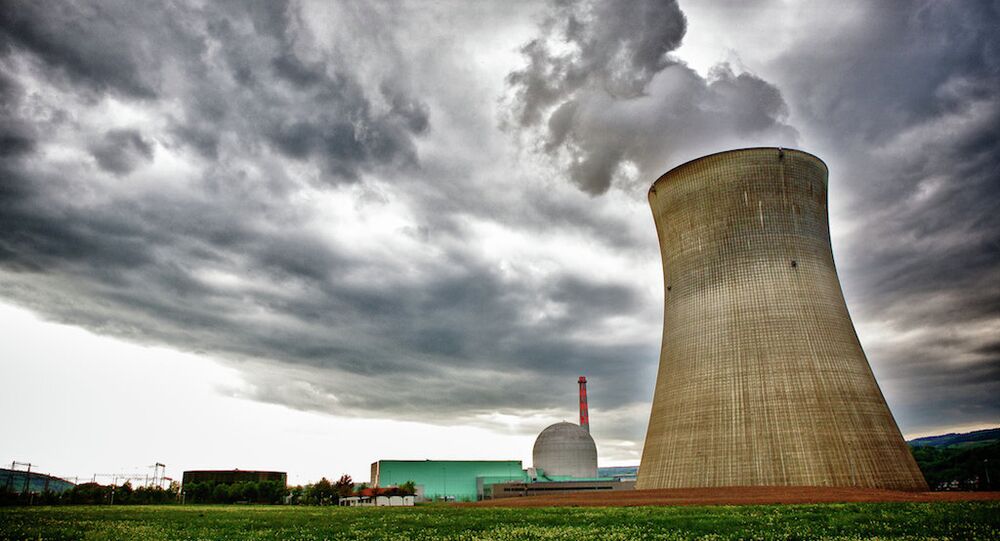 World War II required a lot of labor soldiers, factory workers, medics, engineers, scientists, almost every capable man and woman in the world was engaged in war effort. Soldiers needed to defend their nation’s interests and kill enemies; civilians needed to make soldiers more efficient at what they do. The arms race resulted in several major advancements in both civilian and military fields. Arguably, the most important breakthrough of military technology was harnessing nuclear power.

Man’s interest in the power of the atom grew rapidly since the discovery of radioactivity. Atoms were observed breaking apart, transforming into different elements and releasing a tremendous amount of energy relative to the size of the samples. As one might imagine, such extraordinary power was immediately envisioned for both peaceful and military applications. H. G. Wells, the author of the famous novel The War of The Worlds, wrote about potenial atomic weapons in his 1914 book, The World Set Free. In a 1924 article, Winston Churchill, Britain’s war-time Prime Minister, flirted with the idea of using the power of the atom for military purposes. Interestingly, research into peaceful and military applications went hand-in-hand, or, rather, wasn’t really separated for a while.

The concept of a nuclear chain reaction was first theorized in 1933; in 1942 the first self-sustaining nuclear reaction was achieved at the Chicago Pile-1 reactor in the United States. The work to create the atom bomb was spearheaded by the U.S. Army Corps of Engineers in 1943. This has become known as the Manhattan Project. The first nuclear bomb, called “Trinity” was detonated in July 1945 at a test site in New Mexico. Robert Oppenheimer, the scientific director of the Manhattan Project, is famous for his speech following the successful test:

We knew the world would not be the same. A few people laughed, a few people cried, most people were silent. I remembered the line from the Hindu scripture, the Bhagavad-Gita; Vishnu is trying to persuade the Prince that he should do his duty and, to impress him, takes on his multi-armed form and says, "Now I am become Death, the destroyer of worlds." I suppose we all thought that, one way or another.

As chilling as these words are, he was right. The world was changed forever. The two bombs, which followed – “Little Boy” and “Fat Man” were not tests – they devastated Hiroshima and Nagasaki, claiming thousands of lives, but forcing the last Axis nation to surrender.

Other nations, especially Soviet Union, were quick to close the technological gap and developed their own nuclear warheads. Along with bombs, however, countries began building nuclear power plants. U.S. Atomic Energy Commission chairman  David Lilienthal was later quoted as saying in 1949: "atomic energy is not simply a search for new energy, but more significantly a beginning of human history in which faith in knowledge can vitalize man's whole life".

In 1953 US President Dwight Eisenhower said:

Peaceful power from atomic energy is no dream of the future. That capability, already proved, is here — now — today. Who can doubt, if the entire body of the world's scientists and engineers had adequate amounts of fissionable material with which to test and develop their ideas, that this capability would rapidly be transformed into universal, efficient, and economic usage.

The world entered the Atom Age – for better or worse. Despite disasters caused even by the peaceful atom, it seems that nuclear power is here to stay.