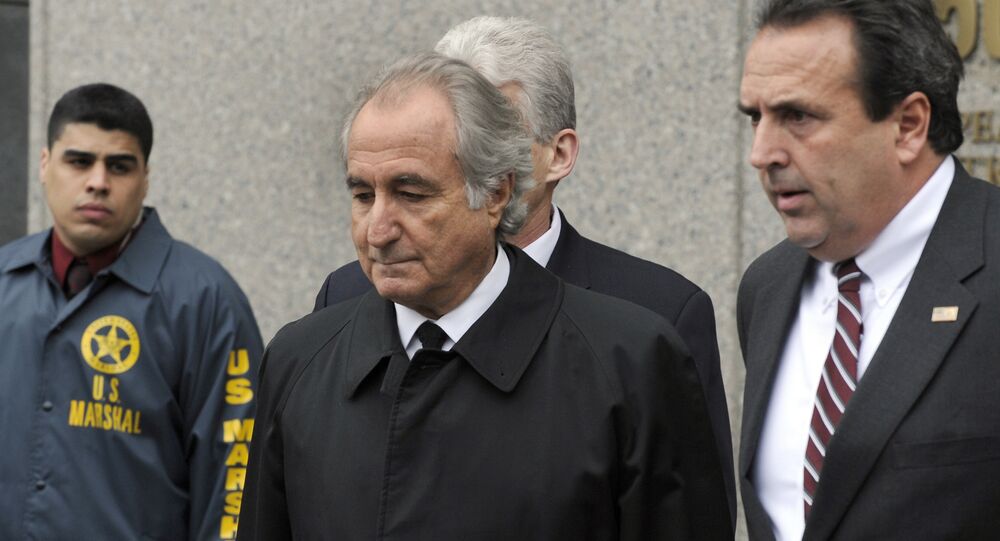 If there one thing people with money like, it’s making more money – preferably, while doing nothing. That’s why various investment methods are so popular – some of them require little to no management – and if people can afford paying someone some money for managing their investment for them, they’ll gladly do it in hopes of increasing their wealth.

That’s one of the reasons Bernard Madoff’s investment firm was so successful. The other reason is that he was that he was a respected, and well-established financial expert. In fact, he was involved in founding of the NASDAQ stock exchange and even served as its chair. With all his accolades his most notable achievement is his Ponzi scheme – the largest financial fraud in US history.

And although Madoff’s scheme was uncovered after running for several decades, he did not fool everyone – at least, not completely. The Guardian later wrote:

"A belatedly celebrated whistleblower who was ignored by everybody, Markopolos tried, umpteen times, to raise the alarm about Bernard Madoff's $65 billion Ponzi scheme which imploded at the end of 2008, leaving thousands of charities, hedge funds, pensioners and Hollywood stars bereft of billions of dollars… In a newly published book, No One Would Listen, Markopolos describes agonising over how Madoff could produce 1% to 2% returns every month, in positive territory 96% of the time, producing a 45-degree curve of profit – with no volatility… Markopolos concluded that it was impossible…"

Madoff would need to use more options than existed on the entire Chicago Board Options Exchange, where nobody owned up to seeing any volume from Madoff's firm at all.

But how did Madoff manage to gain and hold trust of his investors? Well, apart from his fake investment operation, Madoff ran a successful legitimate business. Moreover, every time one of his investors requested a withdrawal – including interest and all – Madoff obliged and gave the promised amount. Which, of course, was possible thanks to the constant influx of new investors putting their money in the pyramid. And, also one of  the reasons for Markopolos being ignored for so long, Madoff’s reported returns on investments were not exactly outlandish – they were better than competition, yes, but, more importantly, they were consistent. To keep the charade going, Madoff needed to keep as many clients from withdrawing money as possible – which he did with promised long-term investment strategies.

Despite growing suspicion from the movers and shakers in the financial world, the pyramid crumbled only in 2008, when the fraudulent arm of Madoff’s business was required to give back $7 billion in returns. At the time, Madoff only had no more than $300 million. Two FBI agents looking into the complaint about failure to pay found their jobs surprisingly easy, according to an article in Bloomberg:

“We’re here to find out if there’s an innocent explanation,” Agent Theodore Cacioppi told Madoff, who founded Bernard L. Madoff Investment Securities LLC and was once chairman of the Nasdaq Stock Market. “There is no innocent explanation,” Madoff, 70, told the agents, saying he traded and lost money for institutional clients. He said he “paid investors with money that wasn’t there” and expected to go to jail. With that, agents arrested Madoff, according to an FBI complaint that provided a timeline.

The Ponzi scheme ended not with a bang, but a whimper. In 2009 Madoff was sentenced to 150 years in prison – the maximum sentenced allowed in the United States. With various estimates to the longevity of the scheme placing its beginning as early as 1980s and even 1970s, Madoff’s pyramid is another testament to the saying “if it’s too good to be true, it probably is”.