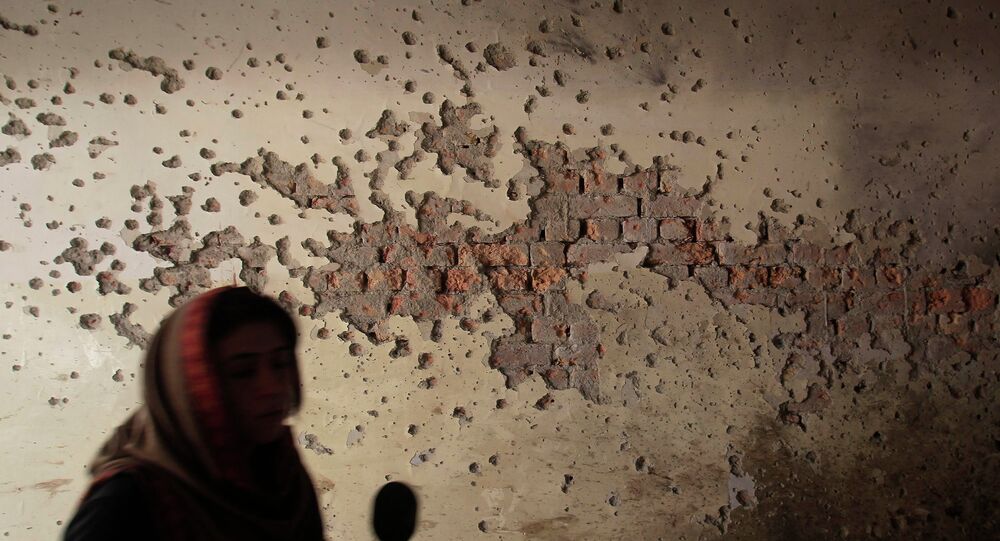 Homegrown radicals not only terrorize the countries they grow up in, but often take their fight abroad. Abu Omar al-Shishani is one of the most notorious examples of this phenomenon. His followers and enemies call him the red-haired devil. He became known to the world as a brutal commander of the ISIL militants. But back in his native Georgia his name was Tarkhan Batirashvili. The 28-year-old former sergeant of the Georgian army took a nom de guerre, which literally means ‘Omar the Chechen’ in 2012, when he left his hometown to join the Islamists groups in Syrian civil war.

Tarkhan Batirashvili was born to an Orthodox Christian father and a Muslim mother in an ethnically Chechen area of Georgia – Pankisi Gorge. After graduating from school he enrolled in the army. According to his former colleagues, Tarkhan distinguished himself as a master of weaponry and maps and was recruited for an elite military-intelligence unit. In 2010 he caught tuberculosis and was discharged from the army without pension or healthcare. On top of that, Batirashvili was sentenced to three years in jail for arms possession. That is when, according to his father, the young man became radicalized.

Tarkhan was released after serving 16 months and immediately left Georgia to join the rebels in Syria. He became the commander of Chechen fighters known as the Emigrants Brigade affiliated with al-Qaeda. In 2013 the group merged with other jihadists and formed the so-called Army of Emigrants and Supporters. A few months later Batirashvili, now referred to as Shishani, pledged his loyalty to ISIL and was appointed commander of its northern sector around Aleppo. Thus, he basically became the second most influential figure in ISIL after the actual leader Abu al-Baghdadi, said Raffaello Pantucci of the Royal United Services Institute think tank, UK.

“Omar al-Shishani is the most prominent of the Caucasian fighters alongside ISIL and is seen as the leader of the foreign fighter brigades. We have seen how Brits and other Europeans have often been marshalled under his wing and the result is that he is elevated to be a figure of great significance in the mythology around the group and what it is doing, in particular in the imagery and videos they release. While his skills and abilities have been called into question by others, he has undeniably become the most prominent of the so-called Chechen fighters in Syria.”

Shishani was indeed very efficient in attracting radical youth from the West by promoting jihadism in YouTube videos and social networks. For instance, he is believed to have recruited Abdul Waheed Majeed, a British father of three from West Sussex, who died in a suicide attack driving a dumpster truck full of explosives into Aleppo Prison in February 2014. A former neighbor of Shishani from Georgia, Leila Achishvili, whose two sons have also followed in his steps and died fighting for ISIL, recalled her meeting with Tarkhan in Syria. The woman said she could not believe the reverence with which the boy from a little Georgian village she knew so well was treated among the jihadi militants.

“I was taken to a room full of men where I was told that Omar al-Shishani would come the next day and we would meet separately. I needed to give him the Georgian sweet churchkhela that he loved very much. So the next day he came and we sat and spoke for an hour. I asked what kind of a position he held and why he was so heavily protected—why people were visiting him to get his advice and consultations or telling him their plans. I was told that he was like a second Bin Laden. He was seen this way.”

And Shishani wasn’t only seen this way in Syria. In September 2014, the US Treasury Department added him to its list of Specially Designated Global Terrorists. At around that time ISIL released a video where Shishani was referred to as its senior commander, which triggered speculations that he may have become the military chief of the whole ISIL army. Whether it is true or not, “the red-haired devil” remains one of the most feared radicals in the Western world.