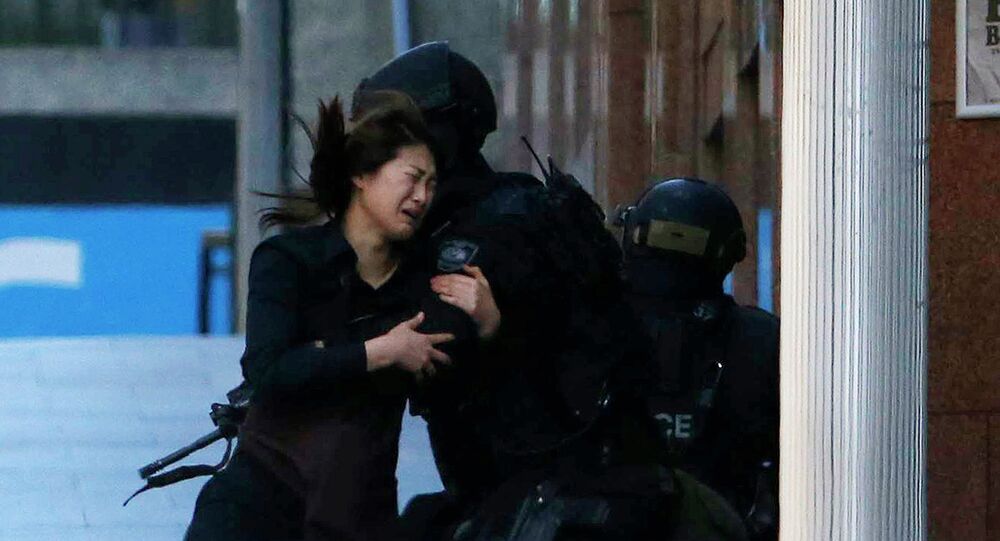 Even Australia Suffered From Terrorist Attacks

While the US and EU have an extensive record of dealing with terrorism in recent years, Australia has not been a target of extremist attacks since 1982. But late 2014 the country's security system went through a serious crisis. On December 15, a lone gunman walked into the Lindt Chocolate Café in downtown Sydney and took 18 people hostage.

The attacker demanded that an ISIL flag be brought to him and also asked to speak with Australian Prime Minister Tony Abbott live on radio. Hostages were forced to contact the media to pass on these demands and to confirm that the attack was carried out by the ISIL. The authorities tried to negotiate with the perpetrator but after a 16-hour siege, the Tactical Operations Unit stormed the café. Two hostages were killed during the raid, while another three were wounded. The gunman was shot dead by the police. He was identified as Man Haron Monis, an Iranian refugee who received political asylum in Australia in 1996. It turned out the hostage-taker had an extensive record of prosecutions and criminal convictions.

At the time of the attack Monis was on bail for being an accessory to the murder of his former wife. In addition he faced over 40 sexual and aggravated indecent assault charges. Monis has also been found guilty of sending offensive letters to the families of deceased Australian soldiers who fought in Afghanistan. Just three days before the hostage siege, the High Court of Australia declined Monis’ appeal against his conviction for criminal use of the postal service. Monis had been on the Australian Security Intelligence Organisation's watch-list in 2008 and 2009, but was removed for unspecified reasons. Monis proclaimed himself to be a Muslim cleric. However, the Australian Federation of Islamic Councils said this status was fabricated. The investigators discovered that shortly before the attack, Monis had converted from Shia to Sunni Islam and declared his alliance to ISIL.

Nevertheless, Australian authorities did not take measures to stop him, even though 48 hours prior to the Sydney attack, an anonymous call was received by the national anti-terrorism hotline raising concerns about the extremist content of Monis’ website. The Australian Security Intelligence Organization reviewed the page but stated there was nothing indicating that Monis could commit an act of violence. The country’s Prime Minister Tony Abbott admitted that the intelligence services did not assess the threat adequately and noted that Monis has long shown signs of being deeply disturbed and unstable.

“The tragedy of these times is that there are people even in a society such as ours who wish to do us harm. We are not immune to the politically motivated violence, which has for so long stalked other countries. There was nothing consistent about this individual’s life, except that he was consistently weird.”

The media, however, were quick to remind Australian officials that earlier in August the then-director of the Australian Security Intelligence Organisation David Irvine said that “a recurring nightmare has been the so-called lone wolf, radicalized over the internet, who had managed to avoid coming across our radar”. But neither the big anti-terror raid carried out across the country in September, nor the new anti-terrorism laws approved by the parliament in October, helped to prevent the Sydney hostage crisis. Yet the frustration and grief caused by the tragic event didn’t result in a rise of Islamophobia as it often happened in European countries in response to similar attacks. On the contrary, the Australian public launched a social-media campaign in support of the Muslim community. People took to Twitter offering to ride on public transport with Muslims who felt intimidated or scared of being abused. The spontaneous campaign with the hashtag #illridewithyou gained momentum within days. The initiative belonged to Sydney television editor Tessa Kum. She told journalists she was moved by the story of a Muslim woman who took off her hijab on a train out of fear of retaliation on the day of the hostage siege.

“It is hard to feel hope when you feel helpless. #illridewithyou is a small act, but might be important for someone one day. My thoughts are with those involved, who will be affected for so long to come, and those uninvolved, who are being blamed none the less”.

The campaign has immediately become a global trend with thousands of tweets arriving from countries that have also suffered from terrorist attacks.

The activists share the belief that in times when the government fails to protect its citizens, society itself should accept this responsibility.