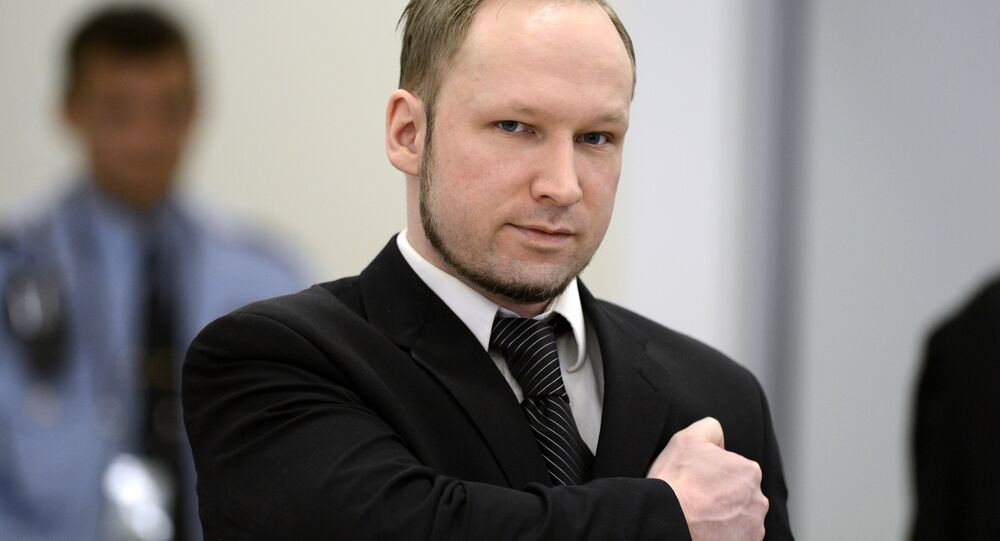 The Story of Anders Breivik

When talking about the rise of radicalism in the Western world, Islamic extremists typically come to mind. But the story of Anders Breivik has broken the stereotype.

In 2011 Norway, which was previously considered one of the safest countries in Europe, became the scene of two mass murders conducted by one man. This man, who was born and raised in a typical Norwegian family and declared himself a “cultural Christian”, cold-bloodedly plotted and staged terroristic attacks that killed 77 people, most of them teenagers.

On July 22, Breivik planted a bomb outside the government buildings in Oslo. The explosion claimed the lives of 8 people and left 209 injured. Less than two hours after the first attack, Breivik arrived to the island of Utoeya disguised as a policeman and opened fire on a youth camp of the ruling Norwegian Labour Party, killing 69 people. The terrorist surrendered to the police without resistance and confessed to the murders, but expressed no remorse, claiming that the attacks were "atrocious, but necessary" to defeat immigration and multiculturalism. An initial psychiatric analysis ordered by the court concluded Breivik was a paranoid schizophrenic, but a second examination stated that he suffered from a narcissistic personality disorder and was criminally sane. The court sentenced Breivik to the maximum penalty in Norway — 21 years in prison, with a possibility of extension.

Although Breivik openly expressed his views on social networks and visited the websites of various radical organizations, there was little to indicate that the young man described by friends as quiet, friendly and ordinary, would go on to commit a crime. Breivik was an earnest student and quite successful in business. The turning point seems to have come in his late 20s, when according to the investigators, Breivik became paranoid about the Islamisation of Western Europe. But what puzzled the public most was that having right-wing views and considering himself a knight dedicated to saving Europe from the Islamic takeover, Breivik attacked fellow Norwegians, who had nothing to do with immigrants from Muslim countries.

The answers were soon discovered in a manifesto written by the extremist under the Anglicised name Andrew Berwick. In this 1,500-page document called “2083: A European Declaration of Independence”, Breivik elaborated on his political and religious beliefs and gave a detailed account of his preparation for the twin attacks. Among other things he claimed that the European Union was a project to create "Eurabia" and demanded the forced deportation of all Muslims from the region. Expressing his fascination with the methods used by al-Qaeda, Breivik basically created a doctrine of Christian terrorism, says Thomas Hegghammer, a senior research fellow at the Norwegian Defense Research Establishment in Oslo.

“Mr Breivik’s worldview does not fit squarely into any of the established categories of right-wing ideology, like white supremacism, ultranationalism or Christian fundamentalism. Rather, it reveals a new doctrine of civilisational war that represents the closest thing yet to a Christian version of Al-Qaeda. He wants to expel, not kill, Muslims in Europe, and he does not mind Jews and non-Muslim Asians. Similarly, while Mr Breivik says he is extremely proud of his Odinistic/Norse heritage, he is not a Norwegian nationalist, his declaration of independence applies to all of Europe”.

In Norway itself, Breivik's crimes rebounded against the right-wing politicians. Two months after the attacks anti-immigration Progress Party, briefly joined by Breivik, suffered a huge blow in municipal elections. Nevertheless, opinion polls showed that xenophobic populism found more and more supporters among Europeans, who grew increasingly receptive to the notion that Muslim immigration should be curbed or halted. In June 2012, a poll conducted by the British research organization Ipsos MORI, revealed that in seven out of nine EU member states surveyed the majority of the population regarded immigration as having had a negative impact on their country. So in a way, Breivik’s ideas were a distilled representation of a deep cultural crisis on the European continent, says Pepe Egger, head of Western European Forecasting for the UK-based Exclusive Analysis research house.

"The bizarre thing is that his ideas, as Islamophobic as they are, are almost mainstream in many European countries. The perceived need to defend Europe against 'Islamisation' is not that far removed from what you can find in the opinion pieces in large daily newspapers."

Even from jail Breivik continues to promote his views and evidently has quite a lot of followers. According to his attorney, the extremist receives numerous inquiries from private individuals and devotes time to writing them back in order to learn how his manifesto is perceived in society. In December 2014, prison authorities revealed that they had seized more than 200 of Breivik’s letters because the correspondence indicated his attempts to establish an extremist organization to be run from behind bars.