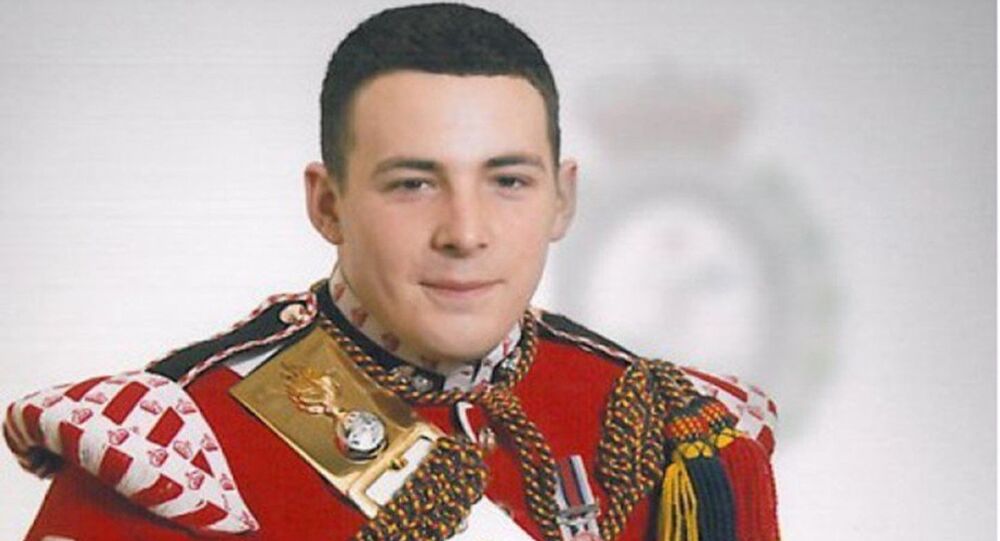 On a quiet afternoon on May 22, 2013 the United Kingdom shuddered in horror. Breaking news and headlines read “British Army soldier murdered in London by two Islamic extremists”. The incident took place near the Royal Artillery Barracks in Woolwich in the southeast of London. The victim, a 25-year-old Fusilier Lee Rigby, was off duty walking along Wellington Street, when the killers ran him down with a car and then stabbed him to death with knives and a cleaver.

The murderers remained at the crime scene and dragged Rigby’s body into the road and calmly waited for police to arrive. The attackers told passers-by, who gathered around in shock, that the murder was committed to avenge the killings of Muslims by the British troops. The men were shot and arrested by police at the scene. Immediately after the attack the intelligence community launched an investigation into the background of Rigby’s assassins. It turned out that both murderers were familiar to the British security services.

Michael Adebolajo and Michael Adebowale are of Nigerian descent but were born in the UK and raised as Christians. Adebolajo grew up in Lambeth, went to Marshalls Park School, then studied sociology at the University of Greenwich. In 2003 he converted to Islam and changed his name to Mujaahid. Adebolajo was first arrested in 2006 during a protest against the publication of cartoons in Denmark, perceived as insulting to the Prophet Muhammad. Since then Adebolajo has been investigated in five M15 operations on suspicion of extremism and connection with radical groups linked to Al-Queda. In 2010 he was arrested in Kenya for attempting to travel to Somalia to join al-Shabaab, the Somalia-based terrorist group. In 2011 MI5 made an urgent application for intrusive coverage of Adebolajo’s activities but just a month before the murder of Lee Rigby the coverage was cancelled with the wording “no indication of national security concern”. By that time Adebolajo and Adebowale had been in contact for three years. Adebowale himself was also subject to two low-priority investigations by MI5 linked to his extremist rhetoric and interest in jihadist media. However, he too was assessed as “not posing a security risk”.

Yet even having such rich intelligence profiles on both killers, British authorities failed to prevent the attack. Moreover, the findings of a parliamentary inquiry into the murder of Lee Rigby showed that in December 2012, Michael Adebowale had discussed killing a soldier on Facebook with a foreign-based extremist known as "Foxtrot". The attackers were sentenced to life imprisonment, with Adebolajo receiving a whole life sentence and Adebowale ordered to spend at least 45 years behind bars. While some blamed British security services for overlooking the threat, Shiraz Maher, of the International Centre for the Study of Radicalisation at Kings College London, claimed UK Muslim leaders were also responsible for the tragedy.

In an attempt to address these issues the UK government established a task force aimed at controlling the radicalisation of worshippers in mosques, university students and prisoners. The chairman of the task force, Prime Minister David Cameron, said Lee Rigby’s murder has shown that the issue can no longer be ignored.

"When young men born and bred in this country are radicalised and turned into killers, we have to ask some tough questions about what is happening in our country. It is as if that for some young people there is a conveyor belt to radicalisation that has poisoned their minds with sick and perverted ideas. We need to dismantle this process at every stage – in schools, colleges, universities, on the internet, in our prisons, wherever it is taking place."

Apart from the change of governmental rhetoric, the murder of Lee Rigby caused a deeper divide within  society, which resulted in anti-Muslim backlash across the country. Two mosques were attacked in Esssex and Kent the night after Rigby’s death. Several more assaults, including petrol bombs being thrown into mosques and Islamic children's centers and schools being set on fire occurred in the following days. In less than two weeks helplines like Hope not Hate and Tell MAMA reported over 500 anti-Muslim incidents, ranging from verbal threats to physical abuse. Later in June 2013 UK Metropolitan Police confirmed there had been an 8-fold increase in the number of Islamophobic cases since the Woolwich attack.  Of course, the real figures might have been even higher due to under-reporting. So it is not only Muslim radicalization that British authorities should be worried about.