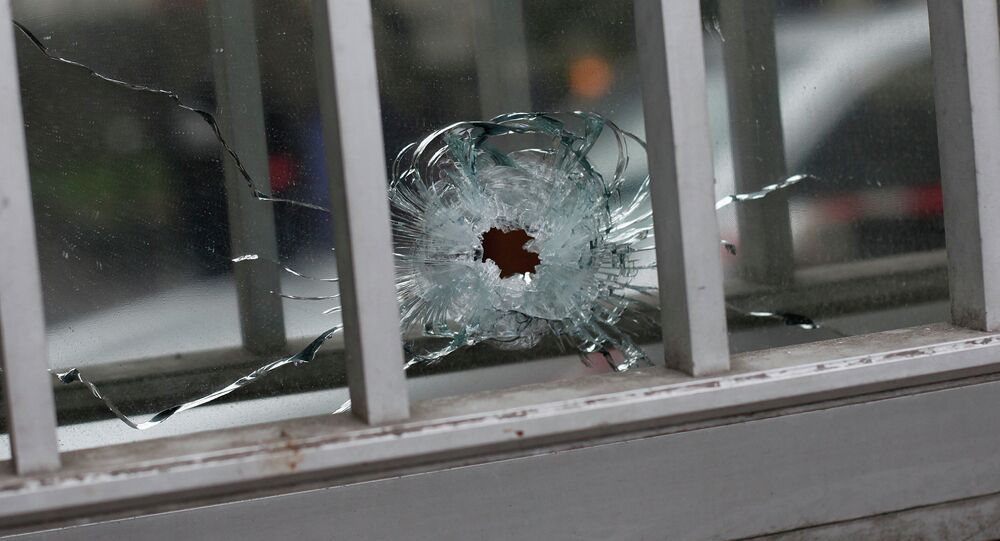 Many have called the recent Paris shootings a case of homegrown terrorism, unprecedented in French history.

In fact the atrocities the country witnessed in January 2015 are very similar to the attacks carried out by the so-called “Toulouse gunman” in March 2012. Back then a weeklong nightmare for the nation ended with the death of the perpetrator – 23-year-old jihadist Mohamed Merah. He was killed by the police after a 32-hour siege.

The first attack occurred on March 11, when Merah killed an off-duty paratrooper outside a gym in Toulouse. Four days later another three uniformed soldiers were shot outside the shopping center in Montauban. Two of them died instantly, the third was left in a coma. On March 19, Merah attacked a Jewish school in Toulouse, murdering a Rabbi and three students aged 3,6 and 8. The French authorities launched one of the biggest manhunts in the country’s history. Yet it was hard to determine the motives or ethnicity of the shooter because his victims were of Jewish and Arab descent. Finally, on March 22, Merah was surrounded in his own apartment. He shot at the police through the door injuring three officers but was killed by a sniper after having jumped out of the window.

Merah claimed the lives of seven people and wounded five. He filmed all of the killings on a GoPro camera strapped to his body and made a video of them set to music and verses of the Koran. The video was sent to Al Jazeera but was not broadcasted following a request from the then-president of France Nicolas Sarkozy. Once the perpetrator had been identified, the media discovered that he was well known to the French police and intelligence authorities.

"Merah grew up in Toulouse in a troubled district of Les Izards with a large North African population. His family was of Algerian descent. Merah’s parents were divorced and his mother struggled to raise five children on her own. Merah himself was a juvenile delinquent; he was reported at least 15 times for acts of violence and was described as having “a violent profile from childhood and behavioral troubles”. He was first arrested in 2005 and served two prison terms for theft and driving offences in 2007 and 2009. However, none of his friends or neighbours knew that Merah had become radicalized in prison and went to Afghanistan and Pakistan to meet with Taliban extremists."

However, the French domestic intelligence agency – DCRI — was aware of Merah’s foreign trips and had suspected him of radical Islamist activity since 2006. Interior Minister of France Claude Gueant revealed that Merah had been asked by intelligence officials in November 2011 to explain his visit to Afghanistan and Pakistan. After he had shown them photographs to prove he had been a tourist, the authorities concluded there was not enough grounds for Merah’s prosecution and halted their surveillance just months prior to the attacks.

According to Merah himself, who called the France 24 channel an hour before the police surrounded him, he was trained as a jihadist fighter in Pakistan and had ties with Al-Qaeda.  He also said his attacks were out of revenge for France’s military presence in Afghanistan and the recent ban on the full veil. Yet some believe it was the atmosphere of hatred and violence that Merah grew up with that made him turn to radical Islamism. Latifa Ibn Ziaten, the mother of Merah’s first victim, went to the immigrant neighborhood that was home to her son’s killer. Being herself an immigrant from Morocco, she told journalists the shooter was a victim of French society.

“These youth, they feel humiliated. They are treated as North Africans in France, and as French in North Africa. They don’t know where their place is. Nor did Mr. Merah. He took what was dearest to me; he took my son, my friend, my prince. But he was a victim of society.”

Merah’s case sparked an intense debate about the threat of radicalized “lone wolf” attackers in France. The fear of blowback by country’s citizens who travel to Middle East to train as jihadist fighters and then get involved in militancy back home started haunting both politicians and ordinary citizens.

Shortly after the Toulouse shootings, the French government proposed new counterterrorism measures to punish those who regularly visit extremist Websites or travel to training camps abroad. The suggested law also allowed more extensive surveillance of the Internet and telephone activity of the managers of radical online resources. Nevertheless, with Europe's largest Muslim population, France still remains a major center for recruitment. In 2014 President François Hollande stated that around 700 French nationals and residents had joined the fighting in Syria. In particular, the country’s judicial authorities are struggling with a fresh wave of adolescent volunteers, some of whom are as young as 15. And as the tragic events in Paris have shown three years later, fears of another "Toulouse gunman" have become very real.