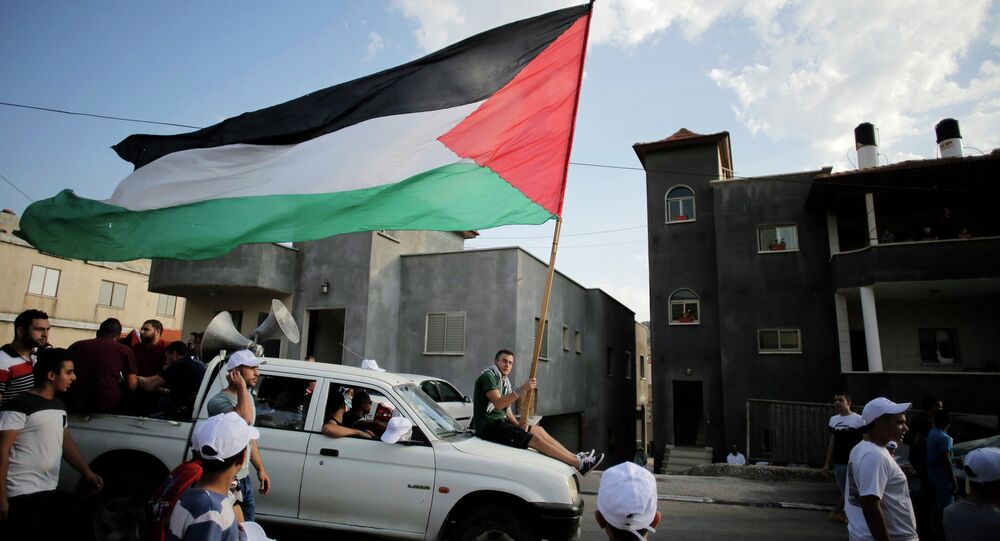 2014 was crucial year for the future of the Middle East and particularly one state – Palestine. Actually calling it a state would not be entirely accurate since it has not yet been recognized by the majority of world powers. But in 2014 we witnessed a major shift in the attitude of Western nations towards the status of this territory.

Back in 1988 a handful of Eastern European nations had already acknowledged Palestinian statehood. However, since then only Iceland has followed their lead – and it’s not even an EU member. So for many it was rather unexpected when Sweden became the 137th member of the United Nations to officially recognize the State of Palestine. The reaction of other Western European countries came almost immediately. Only weeks after Stockholm parliamentary votes were held in Britain and Ireland, followed by nods of approval from Spain in November and France in early December.

Of course, those votes were symbolic because national governments of the Eurozone can’t make such decisions like this by themselves. However, EU foreign policy chief Federica Mogherini, who also serves as the Italian foreign minister, couldn’t ignore the trend. She urged the European Parliament to forge “a united and strong message” on the issue, underlining the fact that the speedy establishment of a Palestinian state is the path to sustainable stability in the Middle East. This sentiment could be interpreted as a clear sign of the fallout between Israel and the EU, says Meir Litvak, an associate professor in the Department of Middle Eastern History and the Director of the Alliance Center for Iranian Studies at Tel Aviv University:

“I think there are two ideas behind it. One is to pressure Israel to change its current policy and be more flexible towards the Palestinian authority, to go back to the negotiations with the Palestinian authority in order to produce the results. I think it is also a reflection of the great European displeasure with the current Israeli policy – settlements, the war in Gaza and, generally, what the Europeans perceive as Israeli inflexibility”.

According to analysts, with Sweden having a great influence on its Scandinavian neighbors it is very likely that more Western European countries will soon follow Stockholm’s lead. But with growing international support for the establishment of a Palestinian state, there is still one important player that stands in the way of its recognition. The United States has long been Israel’s most loyal and powerful supporter. Predictably, Washington was quick to label Sweden’s decision as "premature". The US would not accept the two-state solution because it envisages Israel returning to its borders before the war of 1967, which means Washington’s own “sheriff” in the Middle East will be weakened, says Taleb Ibrahim, Syrian political analyst based in Damascus.

“I think Russia will accept, I think France, the UK, China will accept. But I don’t think the US will recognize and accept that. So, there are a lot of difficulties and obstacles on the road to announce and establish a new Palestinian state”.

However, experts point out that even the White House seemed unhappy with Jerusalem's decisions by the end of the year. The US State Department was unusually vocal about its concerns with the construction of new Israeli settlements in the West Bank. And it seems that America’s position on the Palestinian issue is now closer to Europe’s than that of Israel, says Gidi Grinstein, the Founder and President of The Reut Institute in Tel Aviv.

“The Israeli Government, I believe, is saying that the relationship between Israel and the Palestinians right now is stable and should not be destabilized by political measures or by external interventions. I believe the Europeans and the American administration believe in the opposite. They believe that the West Bank is actually hanging by a thread. And unless there is a movement forward in the direction of consolidating a two-state solution, the West Bank could actually tip the other way and become an area of instability”.

Israel claims that if Palestine’s statehood is largely recognized by the international community, the fragile peace process in the region will be put to an end. Palestinians in turn use exactly the same argument to counter Israel’s position. And looks like in 2014 the world finally started listening to both sides.

UK Would Have ‘Difficulties’ With Draft Palestinian Resolution Text: Envoy