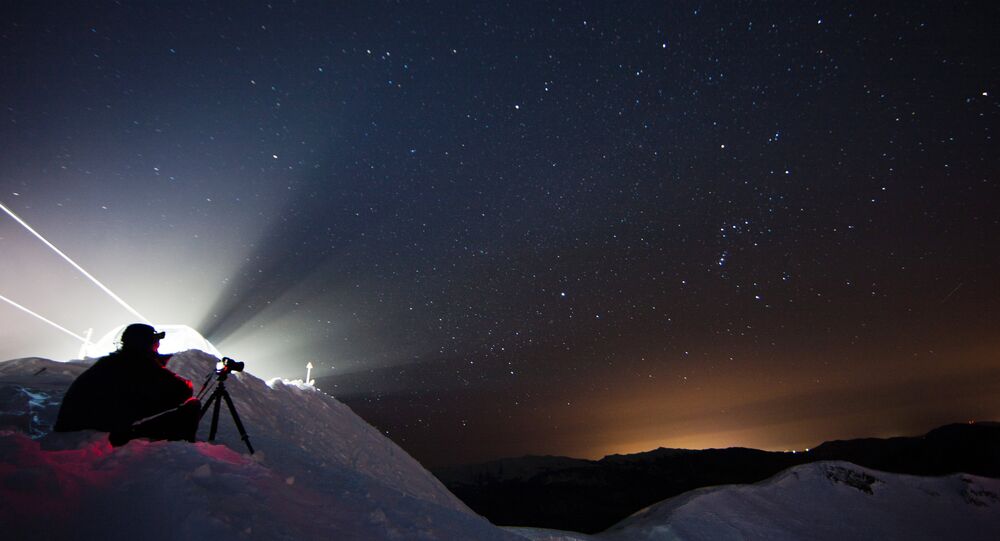 Modern space technologies are not only aimed at discovering new phenomena of our universe, but also at changing our views on things that we’ve known for centuries. One of the recent biggest sensations in the world of astronomy was a star with a tail.

Evidently stars can have tails too, at least one of them does and its name is Mira.

A six-billion-year-old red giant, Mira was discovered by the German pastor and astronomer David Fabricius in 1596. It received its name four decades later, when a Polish astronomer Johannes Hevelius called it Mira, which in Latin means wonderful or astonishing.

Nearly 400 years later Mira has not yet ceased to amaze scientists. In August 2007, a startlingly long comet-like tail behind the well-known star was spotted by the NASA Galaxy Evolution Explorer telescope, GALEX. Astronomers were shocked as nothing like that had ever been seen before.

Ultra-violet studies unveiled that Mira was shedding a trail of material from its outer dhell, leaving a tail 13 light-years in length. The material has been released over the past 30,000 years and contains carbon, oxygen and other elements necessary for the formation of new stars and planets. Scientists believe that a bow-wave of hot gas is the cause of the tail, while the bow-wave itself is a result of the interaction of the stellar wind from Mira with gas in interstellar space, through which the star is moving at an extremely high speed of 291,000 miles per hour.

Apart from simply being visually impressive, this discovery some important questions that astronomers have struggled over for centuries. In other words, Mira gives us a unique opportunity to study how space objects like our sun live and die. A wonderful star indeed.