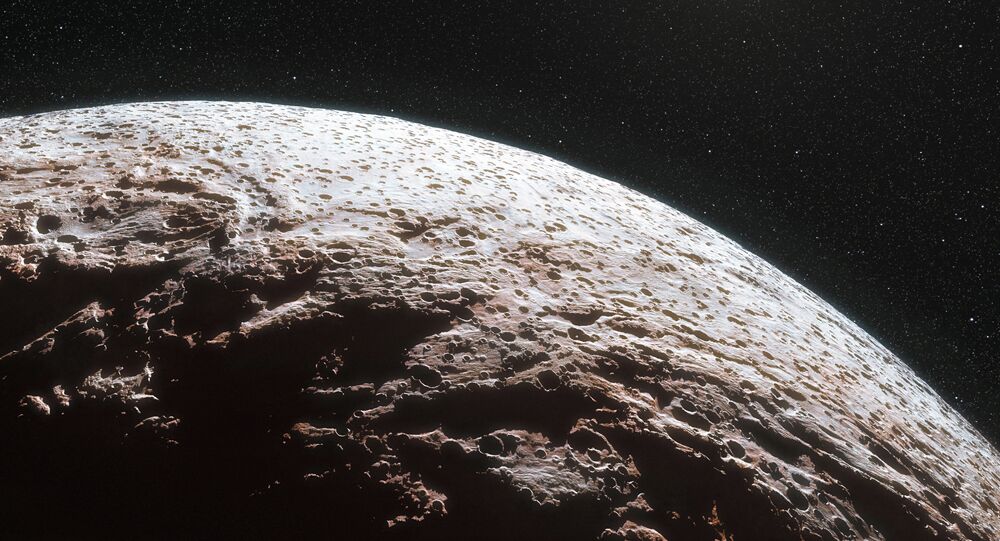 Our universe is full of mysteries but there are a few things we know for certain. For instance, that the Earth orbits the Sun and not vice versa, or that there are eight planets in the solar system. If you still believe in the latter, you probably have not heard of Eris.

And if upon hearing this you thought about the Greek goddess, we have some serious catching up to do.

Eris is the largest dwarf planet discovered in 2005 using the Hubble Telescope and was initially described by NASA as the Solar System’s tenth planet. Eris is 27% larger than Pluto, has a diameter of 2.3 kilometers and one satellite called Dysnomia. The planet orbits the sun at a distance of 96.4 astronomical units, taking 557 years to complete one lap.

Whilst it sounds like a fully-fledged planet, the word ‘dwarf’ tends to instill confusion. Eris is what astronomers call a plutoid – a trans-Neptunian object located in the part of the solar system known as the Kuiper belt. Since Eris is larger than Pluto, its discoverers – Mike Brown, Chad Trujillo and David Rabinowitz – presented it as the tenth planet. However, a long-lasting debate over the status of Pluto forced the International Astronomical Union (IAU) to develop a precise definition of the term planet.

On August 24, 2006, the IAU adopted a resolution, under which both Pluto and Eris were classified as “dwarf planets” and subsequently added to the Minor Planet Catalogue. A dwarf planet is now officially defined as a "celestial body in direct orbit of the Sun that is massive enough for its shape to be controlled by gravity, but that unlike a planet has not cleared its orbit of other objects." The number of known planets in the solar system was therefore reduced to eight, as it was before Pluto's discovery in 1930.

With the new status Eris was granted its present name. Previously, the newly discovered space object was informally called Xena after a character from the popular television series Xena: Warrior Princess. But given the discord it caused in the astronomical community, the name of the Greek goddess Eris, a personification of strife, suits this planet like no other.