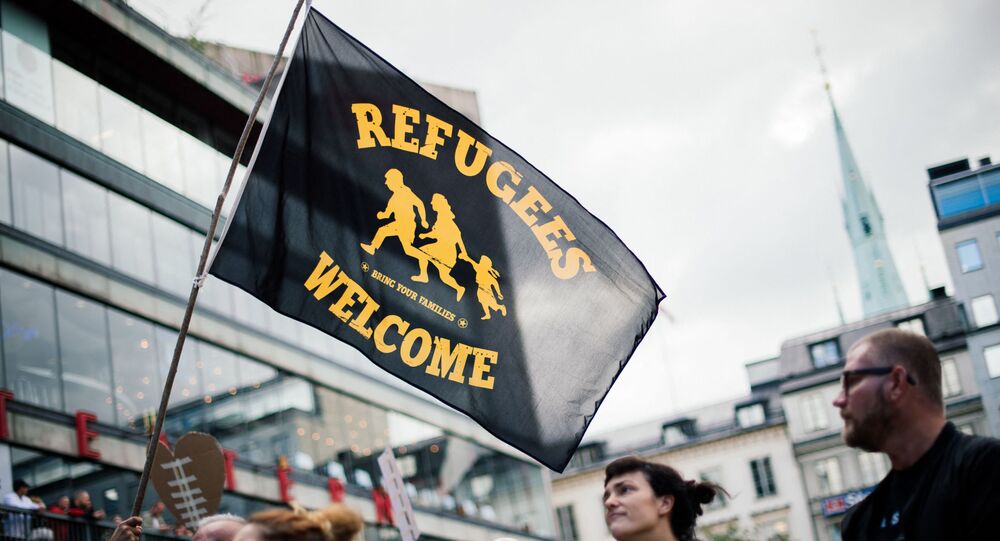 'Not the Time to Piss Off Swedes Now': Journo Calls on Fellow Immigrants Not to Anger Host Nation

In a widely circulated Facebook post, Iranian-born debater Nima Dervish ventured that Swedes have been "clenching their fists in their pockets for a long time now", which is why provoking them with talk about "whiteness" and "privilege" is not a wise thing to do.

In a viral Facebook post, journalist and author Nima Dervish has urged fellow immigrant debaters to avoid "pissing off Swedes" because their country is "ruined" and they are "mad".

"An open piece of advice to immigrant debaters. No matter how sensible you are, no matter what important work you do… Cut back the talk about white Swedes and their 'privileges'. Even if you were right, cut it. Because now is not the time", Nima Dervish wrote in his widely circulated post.

He called on fellow immigrants to "cut all the whining about Swedes" for as many years as they themselves had the green light to express themselves about everything.

"Swedes' alcohol culture, how social they are... Everything negative and critical. Cut it out for as least ten years. For their land is ruined and they are mad. How do I know? For I myself am mad".

In the post, that received hundreds of comments and shares, Dervish called Sweden the country of the Swedes, who, he ventured, "have been clenching their fists in their pockets for a long time now".

"I am actually as surprised as relieved that we have not been affected by more Laser men in Sweden", he wrote alluding to convicted murderer, bank robber, and attempted serial killer John Ausonius who in 1991 and 1992 shot eleven people in the Stockholm and Uppsala area, mostly immigrants. "Had the things that happened in Sweden been committed in our home countries by any minority, the streets would have been stained with blood. Now is not the time to piss off Swedes", he emphasised in conclusion.

© AFP 2021 / JONATHAN NACKSTRAND
Swedish Daily Brands 2015 Migrant Chaos 'Economic Success'
Nima Dervish is himself an immigrant from Iran who came to Sweden as a child in 1987. He has, among other things, been a columnist at the popular daily Aftonbladet, but left Sweden in 2013 due to the debate climate in the country. He also referred to the reluctance within the Swedish media to report on his revelation about homophobic imam Hamza Sodagar, who visited Sweden.

During Daesh's* expansion in Iraq in 2014, Dervish worked as a teacher in Erbil in Iraqi Kurdistan, but returned to Sweden in 2015. Dervish is the author of "Why do you kill your daughter?", a book on honour-related violence in immigrant culture.

In the comments field, Dervish has been praised for offering a "perfect description" of how people feel, as well as "putting the finger on a sore spot" and "writing words of wisdom".