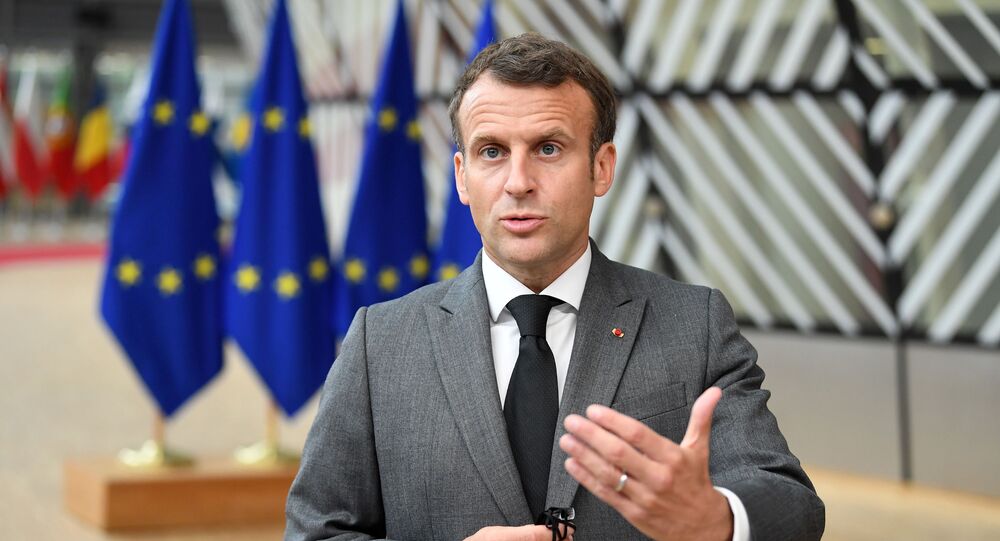 French newspaper Le Monde reported that President Emmanuel Macron's phone has been identified as a possible target of Pegasus spyware, which recently made headlines after a journalistic investigation found that it had been used to spy on thousands of politicians, businesspeople, and journalists worldwide.

French President Emmanuel Macron has called for a series of probes into the Pegasus spyware case, Prime Minister Jean Castex told the TF1 broadcaster on Wednesday.

Castex made the announcement after it was revealed that President Macron's phone may have been targeted by Pegasus spyware, developed by the NSO Group based in Israel.

Le Monde reported on Tuesday that Moroccan intelligence services may have spied on Macron’s phones with the help of Pegasus spyware in 2019. According to the news outlet, the phone numbers of the president, as well as then-Prime Minister Edouard Philippe and 14 other ministers, had been chosen for possible surveillance with the aforementioned software.

"If these facts are proven, they are serious. I confirm this", Castex told the TF1 TV channel, adding that the president had "ordered to conduct a series of investigations".

© AP Photo / Sue Ogrocki
'Bald-Faced Lie': Snowden Confident That Even Biden's Phone Could be Hacked by Pegasus Spyware
At the same time, the prime minister said that it is premature to talk about France’s reaction until all the details are known.

On Sunday, a group of 17 prominent media and rights groups released a report detailing how Pegasus spyware, developed by Israel's NSO Group had been used by government-linked clients to hack at least 50,000 phone numbers in various countries, including in France.

NSO Group has dismissed the reports as "uncorroborated theories", while also casting doubt on the trustworthiness of the investigation's sources.