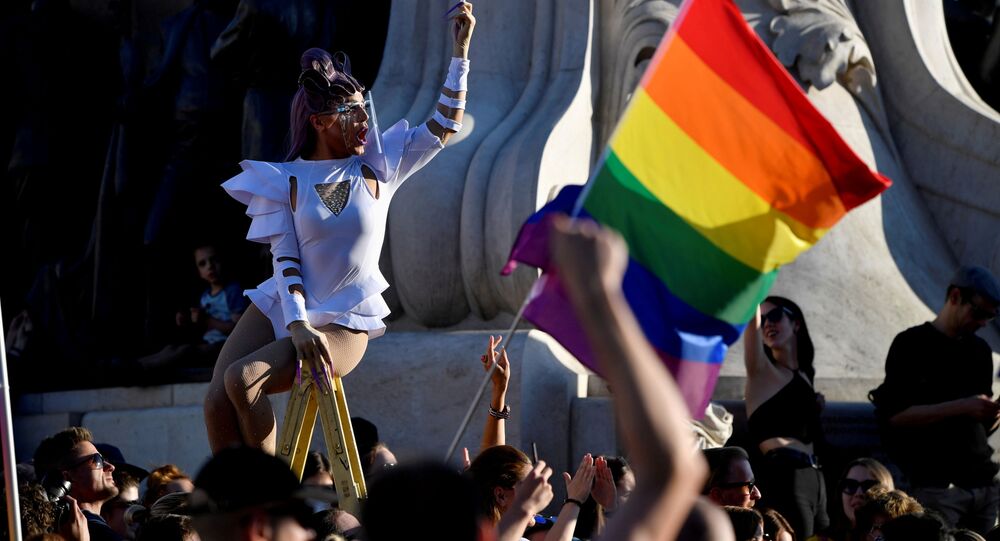 In early July, Hungary, an EU nation, introduced a bill preventing the distribution of LGBT-related content at schools, drawing ire from Brussels. The European Commission hit the nation with a lawsuit over the measure, which it views as encroaching on European values and principles.

Hungary is set to hold a referendum to estimate the nation's support for a recent piece of legislation that bans materials "promoting" homosexuality and gender reassignment at schools.

Hungary's Prime Minister Viktor Orban announced the public vote as Brussels targeted Budapest with legal action against the bill, which the European Commission sees as discriminatory and contrary to the bloc's values.

"In the past weeks, Brussels has clearly attacked Hungary over its child protection law. Hungarian laws do not permit sexual propaganda in kindergartens, schools, on television and in advertisements. The future of our children is at stake, so we cannot cede ground in this issue", Orban said in a Facebook video, announcing the plebiscite.

Orban did not specify the date of the referendum, but added that Hungarian citizens will be asked five questions, such as whether children can attend sexual orientation workshops without parents' permission, or whether children would be allowed to undergo gender reassignment procedures.

Hungary has been tightening laws targeting the LGBT community under Viktor Orban, who has been in power since 2010. At present, same-sex couples are legally barred from adopting children, and gender change is also prohibited by law.